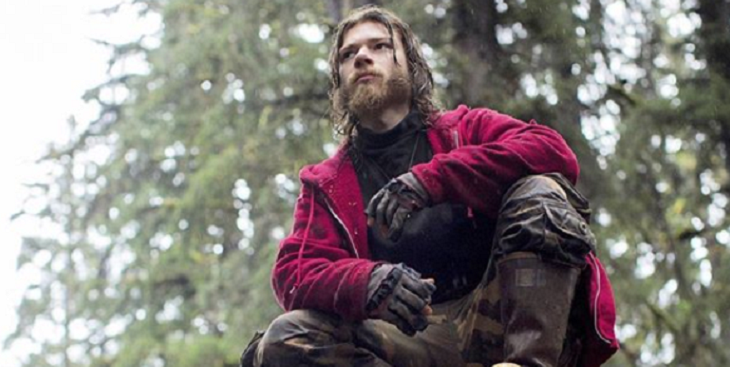 Ahead of its Season 9 premiere in March, one Alaskan Bush People family member is getting a new solo project! Bear Brown, Billy and Ami’s third son, is currently working on a short film. He excitedly revealed his new venture on Instagram, thanking his fans and film crew for their support. In his IG post, Bear shared the movie’s poster and possible title: “Strange Kid Is Coming!” The poster also specifically stated that it’s an original story written by the reality star.

Because of the title, fans speculated that the story revolves around the upcoming Alaskan Bush People kid–Noah’s baby. However, Bear did not reveal any more details about his new project. He also did not confirm if the short film was indeed about his soon-to-be-born niece/nephew.

In Alaskan Bush People, Bear is known to be the “king of extreme” because of his love for wild adventures and explosive experiments. Because of his thrilling escapades, the 31-year-old often finds himself having injuries. Still, his antics are what endear him to the show’s fans.

Bear is getting ready for the #AlaskanBushPeople premiere in only two days!

Brown Siblings Busy With Other Projects

Aside from Bear, other ABP siblings are also busy with their own things apart from the show. Matt, the eldest Brown son, is now out of rehab and has reportedly left the family home. He was last seen in California and is said to be working on his own YouTube channel. Both Gabe and Bam Bam are currently said to be engaged to their girlfriends so fans could expect to watch more weddings in future episodes. The whole family is also expecting to welcome Noah’s son–the first Alaskan Bush People grandchild–this spring.

Alaskan Bush People Season 9 will premiere on March 3 on Discovery Channel. According to TV Insider, the pilot will air three new episodes. The new season will pick up from the last, which showed Billy’s family relocating to Washington after Ami’s miraculous cancer battle. This time, the show will likely feature Matt’s alcohol addiction and Noah’s baby announcement.