The Young And The Restless Spoilers: Phyllis Fixes Herself – Victor’s Wrath In Play 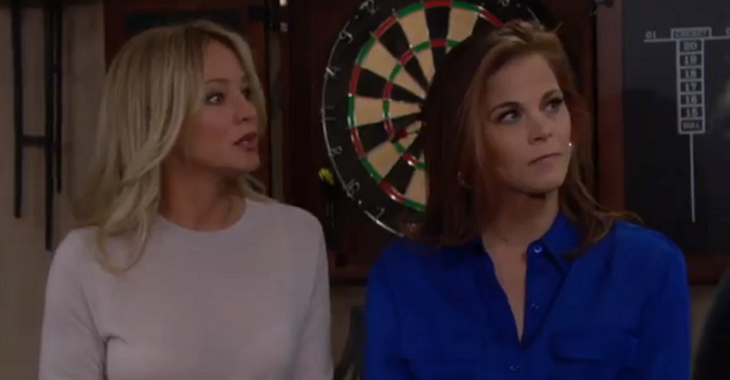 Phyllis (Gina Tognoni) thought she could outwit the ‘Moustache’ on The Young and the Restless. But now that Nikki (Melody Thomas Scott) knows the truth, Victor’s (Eric Braeden) wrath may be realized. While she may not have done it, Victor’s frame appears to point toward Phyllis. If one of Marco’s (Peter Bergman) victims isn’t guilty, her public ill will toward the Newman’s doesn’t bode well for the future.

Y&R Spoilers– Phyllis And Nick’s Relationship On The Line

Nick (Joshua Morrow) recently came to care for Phyllis again. After the latest ‘Shick’ remarriage reboot fell apart, he took her into his home and heart. Feelings weren’t fully extended to Nick’s parents on Phyllis’ part, however.

As a result of her actions, in having secretly kept the fireplace poker, Phyllis has to hope that Nikki, for whatever reason, doesn’t tell Victor about all the coverup crew members. But why would she do that?

Assuming Victor learns the full cast, which he assuredly will, or maybe already does, he’ll then have a choice. Surely he won’t avoid punishing Phyllis if she actually framed him for J.T.’s (Thad Luckinbill) death. But if she didn’t, then it’s possible Victor gives her a one-time pass as moral payment-in-kind for when he unleashed Marco on her. That would be a clever way to resolve that recently referenced retro storyline, which has been linked to a current arc.

Y&R Spoilers– Phyllis Turns Herself Into A Target

Survival and the possibility of vengeance were on Phyllis’ mind when she retained the poker as leverage. She didn’t trust Nikki, or Vickie (Amelia Heinle) to look out for her best interests if all ever went south with the J.T. matter. Plus, there remains the potential for Christine (Lauralee Bell) and hopefully, Paul (Doug Davidson, in a returning role?), to apply latent justice to their long-ago assailant.

There was no need for Phyllis to turn herself into a target, but that’s what she’s done. She should have followed Sharon’s (Sharon Case) honesty path but seems incapable of having done that. So, all that’s left is to see how the Newman’s will deal with her as the fans wait for the end of this long-running J.T. mystery.

Hollywood Hiccups is a leading source for everything linked to The Young and the Restless.