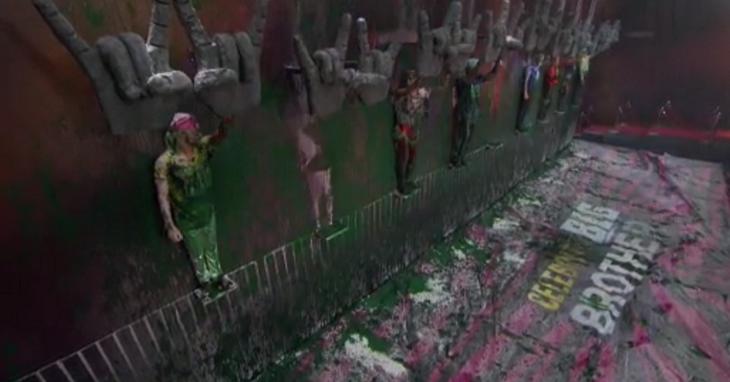 Celebrity Big Brother 2019 (CelebBB) Live Feed Spoilers tease that after Friday’s live episode the houseguest headed outside for a Head Of Household competition.  It was a tough endurance competition, but Kato Kaelin won the coveted power.  Now, he must nominate two people for eviction. Who will he put on the block?

Typical of Big Brother, they had all the houseguest stand on a pedestal while the cast was raised, lowers, and different item being thrown at them such as water, steam, slime, and sugar.  Thirty minutes into the competition, all nine houseguests still remain. Tom Green and Kandi Burruss drop first.  After ten minutes, Ricky Williams drops.  Tamar Braxton screams for someone to get her a ladder as she doesn’t want to fall and possibly get hurt. Joey Lawrence complains about being cold.  Kato said he’s born for the cold as he was born in Wisconsin.  Joey decides to hold on for a little while longer. Next, Dina Lohan cannot hold on anymore and drops. Lolo Jones drops and Joey not long after. Natalie Marie Eva and Joey made a deal with Kato that he won’t put them up.  Kato crowned HOH. 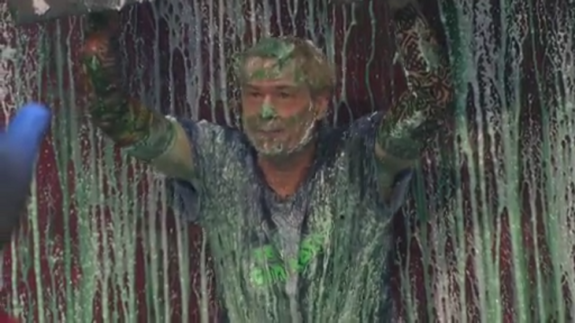 Tamar and Lolo are not getting along very well.  It was hard to figure out why they were ready to get physical but something got Lolo heated.  She screamed at Tamar that she is always complaining and does this #$%^ every day.  It happened at 9:30 am BBT (if you want to see it for yourself) and the feeds were shut off immediately, They have not returned since.

At the end of the Head of Household competition, Kato promised Natalie and Joey safety.  So, if they are safe, who will Kato decide to nominate?  Well, the first one was easy to figure out.  Kato will put up Dina.  The main reason is when Joey was considering dropping and handing the win to Kato, Dina screamed, “Don’t drop!”  Kato took that as an attack and revealed he couldn’t trust Dina. 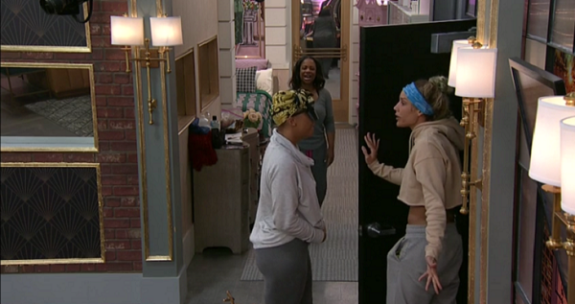 The second nominee will probably be Tamar.  Kato talked to Ricky and Tom overnight and they both felt Tamar was a good nominee to sit next to Dina.

Who do you think Kato should nominate for round 2 eviction?  Don’t forget to come back to Hollywood Hiccups later for more Celebrity Big Brother 2019 spoilers, news, and Live Feed updates!