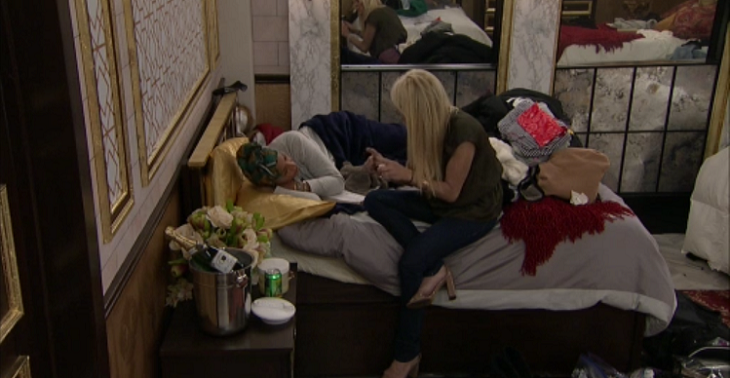 Celebrity Big Brother 2019 (CelebBB) Live Feed spoilers tease the house has been popping over the last 24 hours.  After things calmed down after Lolo Jones and Tamar Braxton almost fought, the nominations rocked the house. Kato Kaelin, the current HOH, revealed he has a backdoor plan, and if he can pull it off, could give him an edge to win the whole game.

Kato nominated Tamar and Dina Lohan for eviction. Apparently, in his speech, he told Tamar that she should go home to be with her young son and referenced her petty fight with Kandi Burruss, suggesting she embarrassed her family. Dina said that it was a low blow considering that Tamar cooks for everyone and she cleans the house.

It’s clear that Dina and Tamar are upset about the nominations. If they know what’s good for them, they will fight to win the power of Veto and not put their game fate in someone else’s hands.

Joey Lawrence tells Ryan Lochte that they need to start an alliance with Dina, Kandi, and Ricky Williams.  Ryan agrees to it almost immediately.  Ryan worries that Kato is planning to backdoor him.  Joey isn’t sure about the plan but mentions that he doesn’t want to be in the house without him. 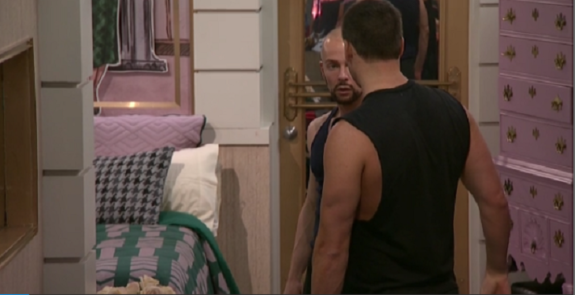 Kato told Natalie Marie Eva and Tom Green that he is planning on backdooring Ryan.  Kato said he has no choice because Ryan is athletic and likable.  He cannot allow him to stay in the game or none of them have a chance at winning. Natalie and Tom will support whatever Kato wants to do.

So, it looks like if Kato or one of the nominees can win the POV, then Ryan will be nominated and possibly backdoored. The newest problem in that is Ryan is part of a big alliance now and they may not be able to get the vote to evict him.