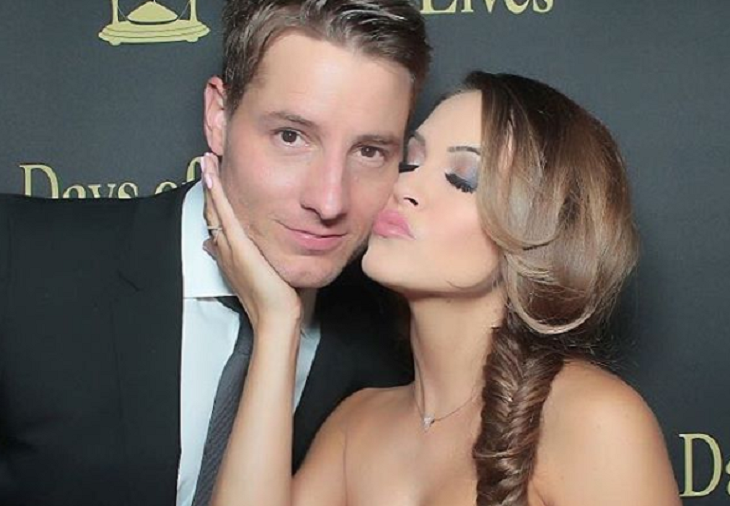 Days of Our Lives (DOOL) comings and goings news reveal that Chrishell [Stause] Hartley is returning to Salem! According to Soaps in Depth, the beautiful brunette will be reprising her role as Jordan. Here’s what you need to know.

Chrishell played the physical therapist for two years before her character Jordan moved to New York. During her time in Salem, Ben’s sister dated both Rafe and Chad. It will be interesting to see if Jordan is back in town to check up on her little brother or if she’s got other plans in mind. Either way, the multi-talented actress is very excited to be back on the set of Days. As a matter of fact, Chrishell recently shared on social media, “I couldn’t be more excited to bring Jordan back!”

It’s without a doubt that fans can’t wait to see Chrishell back on the canvas again. She is expected back as soon as the February 4thepisode. There is no doubt that ‘Jafe’ fans would love to see Jordan steal Rafe back!

The last time fans saw Chrishell back in Salem was in 2015. She also appeared on The Young and the Restless as her character Bethany Bryant in 2016. Since then, she’s married the love of her life, actor and The Young and the Restless alum, Justin Hartley. She’s also starred in two different movies: Another Time and My Little Girl is Gone. Now, what’s in store for Jordan remains to be seen. So far producers for Days of Our Lives have not made any comments about her upcoming storyline. Of course, viewers will simply have to tune in to find out what will happen next. Days of Our Lives airs weekdays on the NBC network. Check your local listings for times.

In the meantime, let us know what you think by leaving us a line with your thoughts in our comments section below. And as always, check back with Hollywood Hiccups for all the latest news, updates and spoilers on Days of Our Lives and all of your favorite daytime television shows right here!