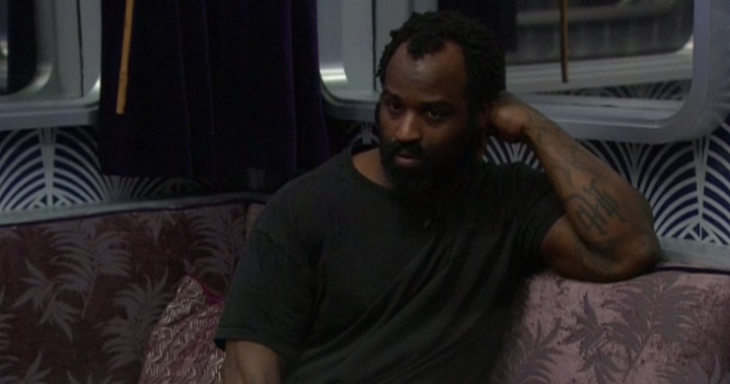 Celebrity Big Brother 2019 (CelebBB) will air a super busy episode tonight. Round 2 is underway with a live Power of Veto and eviction episode airing at 8/7 pm tonight on CBC.  Here’s what we know about what’s ahead on America’s favorite reality TV show.

The show left off on Sunday with the current HOH, Kato Kaelin putting Tamar Braxton and Dina Lohan on the block.  Kato felt attacked by Dina’s comments during the HOH competition. Tamar was messy in the kitchen and he felt she wasn’t behaving well, suggesting she should go home to her son.

Even though Dina and Tamar believe they are the targets and they have waged a war on Kato and Tom Green (affectionately called Tomato), Kato has another target in mind.  However, to make his plan work, he cannot let Tamar or Dina know about it. He fears someone will slip the information to Ryan Lochte, which would ruin their chances of getting him out of the house. 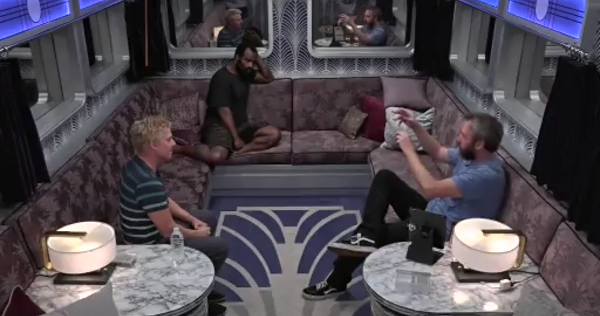 Around 11:25 pm on Sunday, January 27 Cam 1/2 (if you want to flashback to hear), Kato calls Rick Williams to talk to him. Tom explains that they want to backdoor Ryan but they have to be careful in how they do it. They go over several possible scenarios and they settled on a plan. If one of them win the POV, they will take Dina off the block and put Ryan up.  They have the numbers to send him out the door.

So,  what happens if Ryan or Joey Lawrence wins the POV? The nomination would probably stay the same and they would evict Tamar over Dina. Everyone in the house is getting tired of the drama that Tamar is causing,  especially fighting with nearly everyone. It isn’t that Tamar isn’t a physical threat, but she causes emotional stress.

Who do you think will leave the house tonight? Don’t forget to come back to Hollywood Hiccups later for more Celebrity Big Brother 2019 (CelebBB) spoilers, news, and Live Feed Updates!