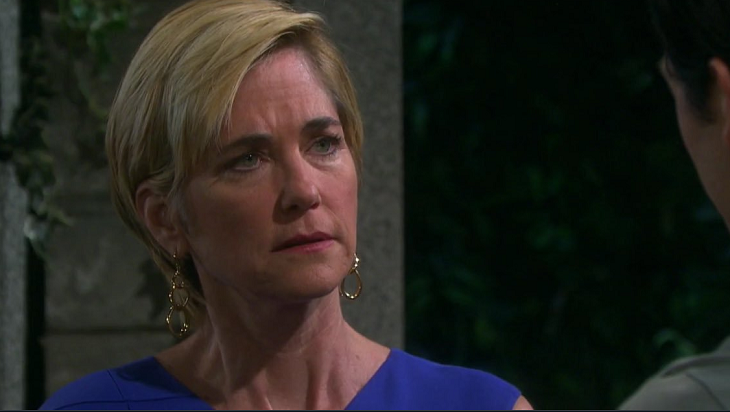 Days of Our Lives (DOOL) spoilers tease that Eve Donovan (Kassie DePaiva) will get bested by sneaky Xander Kiriakis (Paul Telfer). Eve and Xander recently returned to Salem together as partners in crime. Xander provided Eve with Jack Deveraux (Matthew Ashford), who she’s using to make Jennifer Horton’s (Melissa Reeves) life a living hell. And in turn, Eve provided Xander with top-secret DiMera intelligence that he tried to use to bribe Victor Kiriakis (John Aniston) to make him CEO of Titan.

At this point, Eve and Xander’s deal appeared to be done, and they went their separate ways. But it looks like Xander’s going to come back into Eve’s life in a very big way. Xander’s always looking for his next move, and he’ll soon discover something very valuable that Eve has in her possession…Dr. Wilhelm Rolf’s (William Utay) diary, which she stole from Seth Burns at the hospital.

Eve’s interest in the diary is simple. That diary contains the formula for a memory-inducing serum that Jennifer desperately wants to give to Jack so that he can get his memories back. Eve wants to keep Jennifer from getting her hands on the formula so that she can continue to manipulate Jack and get him to marry her. 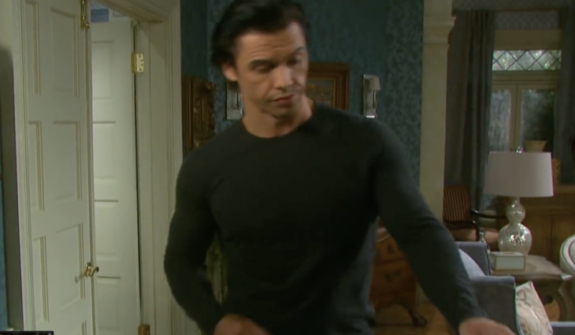 But what’s Xander’s interest in the diary? Well, we can’t forget that Xander worked closely with Kristen DiMera (Stacy Haiduk) and Dr. Rolf in the DiMera warehouse in Nashville. That warehouse housed a lot of Dr. Rolf’s “patients” such as Jack, who had been brought back from the dead with Rolf’s secret formula.

Xander might want to get his hands on Rolf’s diary simply to give back to Dr. Rolf, who’s presumably alive out there somewhere. Or, maybe Xander will want Rolf’s diary because he knows it’s a valuable commodity around Salem. He might think he can sell it to the highest bidder or use it as leverage to get something that he wants.

At any rate, Days spoilers say that Xander is going to get the diary from Eve somehow. Of course, given how valuable the diary is to Eve, she’s likely not going to just hand it over to Xander, so Xander will probably steal it from her hotel room…a move that won’t make Eve very happy.

What do you think Xander will do with Rolf’s diary? Stay tuned to DOOL and don’t forget to check Hollywood Hiccups often for the latest Days of Our Lives spoilers, updates, and news.