The Young and the Restless Spoilers – Week of January 28: Nick Makes A Mistake – Victor Should Lead Newman Defense 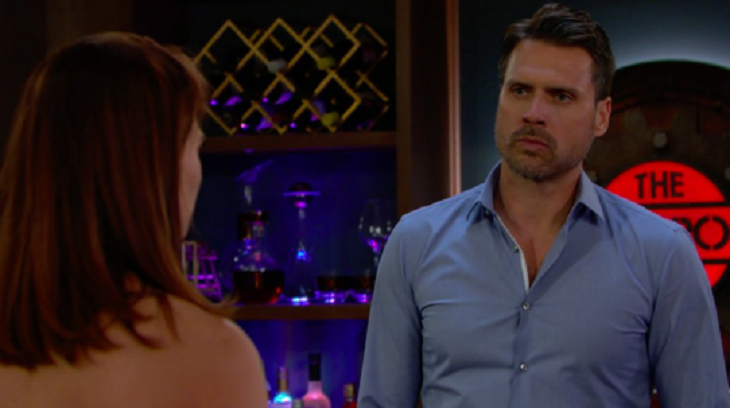 Nick (Joshua Morrow) wants to keep news about Phyllis (Gina Tognoni) and Sharon (Sharon Case) from his dad on The Young and the Restless. While it’s understandable that he’s still leery of the ‘Moustache’, Victor (Eric Braeden) is the best person to defend the Newman family at this most dangerous time.

Considering that a heinous threat exists against every member of the family, Nick should not have unilaterally decided that Victor won’t be told about the full coverup crew membership total. An actual increase in peril exists by withholding this important information and its withhold will soon prove to be upending.

Y&R fans are aware that Katie’s (Sienna Mercuri) invisible friend is likely the Newman family’s tormentor, or is linked to that dark force. Vickie (Amelia Heinle) and Billy’s (Jason Thompson) little girl will disappear later this week. That crisis will further underscore that Victor needs every fact at his disposal. While he’s not invincible, many past instances of defeating true villains make the head of the Newman clan the best choice to front this fight.

Will couples crumble this week on #YR? Don’t miss that and Billy and Victoria’s search for Katie coming up on The Young and the Restless. pic.twitter.com/WNzSwvDbYW

Y&R Spoilers– Will The JT Coverup Storyline Ever End?

The enormously long J.T. (Thad Luckinbill) storyline is showing potentially hopeful signs of ending. As the circle of those who know Vickie’s frightful story and Nikki’s (Melody Thomas Scott) protective response grows, so too do chances that a wrap to this arc will happen.

Nick’s Dark Horse persona has been shelved in recent months, as Y&R appears to have veered away from taking this character rogue. His recent decision to work with Victor to protect their family seemed to further that character revert. There’s also no animus being projected from Nick toward his father regarding how he’s handling realized information about the coverup crew now.

What appears telegraphed is that further disaster will eventually force Nick to tell Victor what he knows. That will then allow a better assessment of the existing threat, while admittedly putting Phyllis and Sharon in danger of being used by Victor. Nick should know that trying to protect these two ex-wives is an unwise, short-term ploy.