Celebrity Big Brother 2019 Spoilers: Round 3 Nominations, Ricky Caused Tom To Panic –Who Is The Real Target? 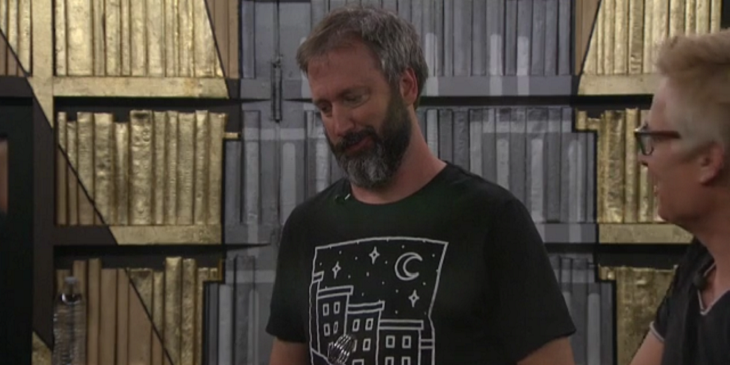 Celebrity Big Brother 2019 (CelebBB) Live Feed Spoilers revealed Round 3’s nominations. The houseguests shifted their plan after seemingly settling on what to do late last night. Tom Green, the new HOH, decided to go with his gut and his nominations proved that.

Tom struggled with his nominations. He wasn’t sure if he should put up two pawns on the block and go with a backdoor plan or just name his target and hope for the best.

Kato Kaelin tried to discourage Green from nominating Joey Lawrence. He wanted him to put Kandi Burruss and Tamar Braxton. However, Tom felt strongly that he wanted to give Joey the chance to fight for the Veto in the POV competition.

After some convincing Tom was back on board to put up Kandi and Tamar. However, Ricky Williams started acting shifty which caused Green to panic. He believes Ricky is working with Lolo Jones and Natalie Marie Eva on the side (he is).  He backtracked and decided to change his nominations at the last minute.

Tom decided to change his nominations at the last minute. He worried that Ricky was feeding Joey information. He considered they could be working together.  So, he decided to go with his gut and put up Kandi and Joey.

Green told Kaelin that before coming into the house he talked to a few past Big Brother players. They all told him the same thing, go with your gut. Tom said that his gut is telling him that Ricky cannot be trusted. Kato understood why he nominated Kandi and Joey.

So, the new plan is to vote Joey out. However, if Joey wins the POV and he takes himself off the block, Tom will nominate Ricky and the house will backdoor him.

Do you think Tom made the right nominations for Round 3?  Don’t forget to come back to Hollywood Hiccup later for more Celebrity Big Brother 2019 (CelebBB) spoilers, news, and Live Feed updates!