General Hospital Spoilers: Jordan Seeks Kevin’s Expertise About Serial Killer Case, Is It A Set Up? 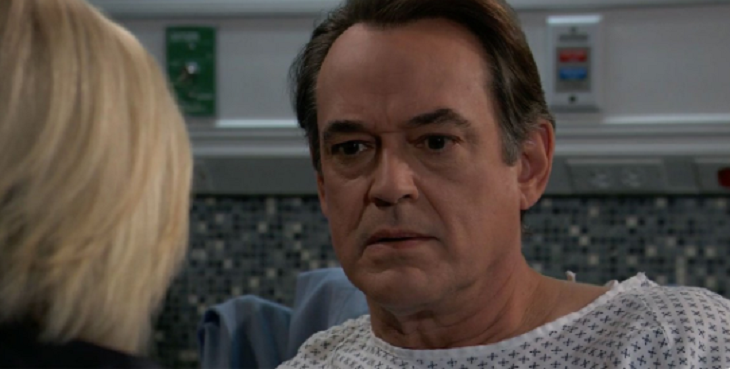 General Hospital (GH) spoilers tease that Commissioner Jordan Ashford (Briana Nicole Henry) comes up with a plan to flush out the serial killer, but could she already be suspecting “Kevin Collins” (Jon Lindstrom)? It would not be difficult for the police to access Lulu Falconeri’s (Emme Rylan) computer to see the last things she looked at, and that would be a search on Ryan Chamberlain’s victims.

Jordan knows that Peter August (Wes Ramsey) shut down any more Ryan Chamberlain stories, so why would Lulu have needed to look up this information? Then again, by the time this spoiler is set to take place, Lulu may have remembered who attacked her, although other General Hospital spoilers tease that she won’t regain that part of her memory for quite some time.

Will Jordan consult Kevin for his expertise, or is this part of a set up to catch him in the act? Jordan has actively been seeking information from surveillance and security system videotapes from anywhere she thinks the killer could have been, but she’s not likely to have gotten much.

Even if Ryan was caught on video buying the knife or caught near all the crime scenes, he probably wore something that hid his face enough so that he couldn’t be identified. The bloody footprint and any other evidence from Lulu’s office were not sloppiness on Ryan’s part, which happened because of the blindness attack.

Ryan would have had some limited training in psychology as a pediatrician, although not as much as a psychiatrist would. Stay tuned to GH and keep checking General Hospital spoilers frequently to see if Ryan falls for Jordan’s trap!