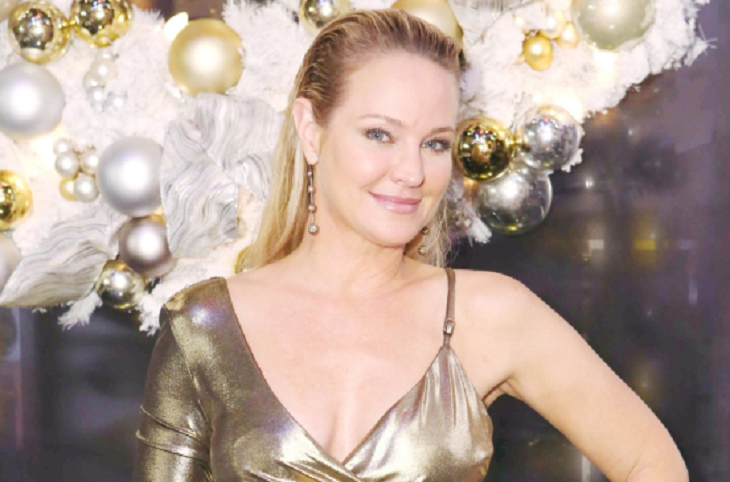 The Young And The Restless (Y&R) spoilers tease that Nick has let himself off the hook when it comes to his breakup with Sharon, and once again he gives Phyllis a pass.

At Sharon’s cottage, the pair discusses their most recent troubled relationship and Nick tells her his take on it. He believes that if she hadn’t taken off her engagement ring and left it on the table in their home all those months ago, he would never have slept with Phyllis. He says this with some regret and ponders whether they would still be together if it hadn’t happened.

Also, he tells her that if only she had told him the truth about her involvement in covering up J.T.’s murder, he wouldn’t have followed the path he did, which led him to Dark Horse and, ultimately, Sharon removing her ring.

What Nick is forgetting is that sleeping with Phyllis and pretending to be J.T. were choices that he made, and Sharon will point this out to him.

Nick and Sharon have always had a tumultuous relationship and during their most recent past, their wedding ceremonies have been interrupted before they’ve had a chance to say their “I do’s”. And the reason for these interruptions has involved Phyllis.

In 2014, Phyllis miraculously woke up from a coma and arrived at the church in the middle of Shick’s wedding. Phyllis then spilled the beans that Sharon had pushed her down the stairs because Phyllis had found out her rival had skewed Summer’s paternity results.

Most recently, at Sharon’s bachelorette party, Mariah found out from Summer that Nick had slept with Phyllis, while he was engaged to her mother. Mariah felt she had no choice but to tell Sharon this information, which ultimately led to another no-go wedding.

Nick has juggled Sharon and Phyllis for years now but has two sets of rules for the women. He views Sharon as the angel on his shoulder and Phyllis as his devil. This most recent indiscretion of Sharon’s, not telling him about her part in the cover-up of J.T.’s murder, is unforgivable to him.

The Young and the Restless Spoilers – Week of January 28: Nick Makes A Mistake – Victor Should Lead Newman Defense

On the other hand, he tells Phyllis he’s grateful his “tough as nails” girlfriend was there on the night of the murder, to help support his sister and his mother. What a double standard!