Alice Hunter Talks About Finding Her Dream Job On Y&R 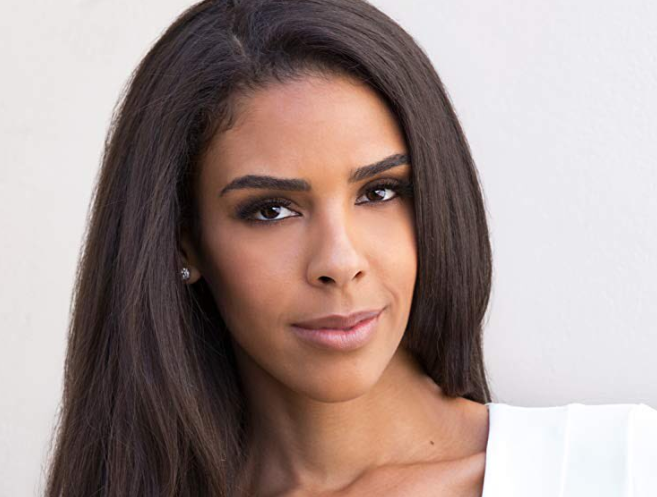 Alice Hunter is one of the newest additions to The Young and the Restless family, playing the role of Kerry Johnson. Before she landed the role, things have not been easy for the actress. In an interview with Soaps In Depth, Hunter talked about finding her dream job on the daytime soap.

Alice Hunter grew up in London where her family relocated from Italy. Then they migrated to Australia when she was 9. She found her passion for acting when she was 12 after competing in a modeling contest and won a free class in an agency. Since she was not that into modeling, she gave acting classes a shot and realized that it was indeed for her.

She became serious about it when she was 15 to 17. Before she graduated at 17, she studied the business of acting. “Remember the Thomas Guide [maps of Los Angeles]? I had one of Los Angeles shipped to me in Australia, so that I could highlight the different routes from the studios to my acting classes to the gym,” Hunter shared. “I signed up for all of these different websites with information on acting. I mean, I went overboard.”

Her mother has been so supportive of her that she sold her house so that Alice can move to LA. “That’s just how much she believed in me.”

Her mother also flew with her to the States and helped her settle down. But when she left, things fall out for Alice. “I realized my acting class was sort of a sham, I didn’t like my gym and my roommates were great for a few weeks and then one of their boyfriends moved in and I realized he was abusive, so I had to get out of that situation pretty quickly,” she said.

Eventually, she tried to sort things out and got a job. Her first job was not about acting, but she never forgot her career goal. She was even strategic about it that she managed to get into a few projects. She also scored guest-starring and recurring roles on primetime TV before she landed her role on The Young and the Restless.

“I love coming to work and I’m very sad when I’m not here. Y&R has changed me already for the better as a person and as an artist. I’m so looking forward to where this goes. I hope to be here for a long time,” Hunter shared.

Her first appearance on Y&R was on October 31 as Kerry, a new chemist Phyllis hired in a bid to bring Jabot’s cosmetics to the forefront of the industry. Jack Abbott become smitten with her and the two have gotten closer. However, Kerry remains a mysterious character to this day, and viewers are wondering what she is up to.