Celebrity Big Brother 2019 Spoilers: POV Plans Reveal A Ballsy Move By Tom Green, Can He Pull It Off? 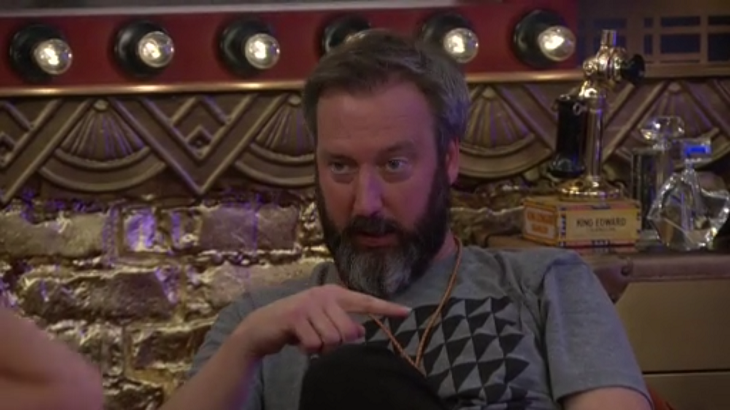 Celebrity Big Brother 2019 (CelebBB) Live Feed spoilers revealed what Tom Green, current HOH, is planning to do after the Power of Veto competition is played. The plan seems to be to target Ricky Williams and save Joey Lawrence from the chopping block.

CelebBB Spoilers– Tom Is All Over The Place

The house has been kind of hectic in the house since the houseguests learned about the Power of the Publicist. They have been trying to figure out who has the covet power. On Wednesday’s show, Tamar Braxton learned she won the special power. However, she isn’t telling anyone, at least not yet.

Tom has been talking in circles.  He will say he wants Ricky out of the game, then a few minutes later, wonder if that is the best game move.  It is driving the houseguests crazy.  Joey is entertaining the idea of target Tom and Kato Kaelin next, that’s if he survives Round 3 eviction.

Assume the power isn’t used this eviction.  It shouldn’t be as Tamar is not in danger. However, she has been acting super paranoid, wondering if her alliance is lying to her about being safe. Ricky should be the one to go home if the POV is played. If for some reason, the POV is not used, Kandi Burruss will go home. Either way, Joey is safe for this eviction.

Kato and Tom have not discussed too much what they will do if the POV is not used. They are banking on the idea it will be played.  They want to be able to keep Kandi and Joey safe and send Ricky out the front door for good.

Do you think Ricky is a threat to Tom and Kato?  Do you think the Power of the Publicist will be used this eviction?  Don’t forget to come back to Hollywood Hiccups later for more Celebrity Big Brother 2019 (CelebBB) spoilers, news, and Live Feed Updates!