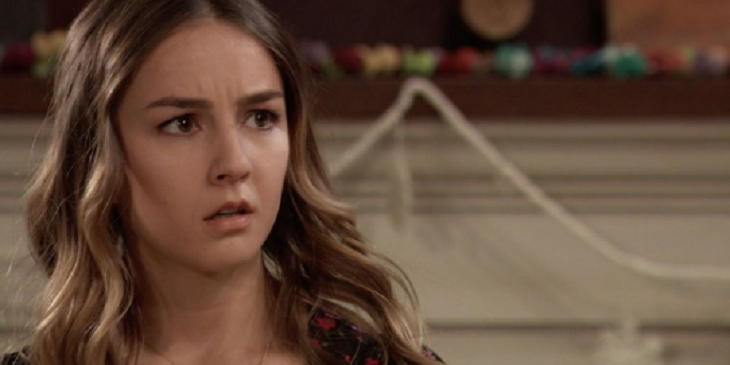 General Hospital (GH) spoilers for Thursday, January 31, reveal family members feud as one tries to give sage advice and another makes demands. Begging, disappointment and denial are all keys to Thursday’s episode of the ABC soap opera; one GH fans will not want to miss!

GH sources tease that Kristina Davis Corinthos (Lexi Ainsworth) meets with her mother, Alexis Davis (Nancy Lee Grahn) and makes demands that the powerful attorney gives her respect. Shiloh (Coby Ryan McLaughlin) witnesses the exchange and feels they are finally getting somewhere. Will Shiloh be the one who completely destroys this mother/daughter relationship?

Dr. Kim Nero (Tamara Braun) taunts Drew Cain (Billy Miller), smirking as she reminds him that this is what he asked for. Meanwhile, Valentin Cassadine (James Patrick Stuart) goes to see Peter August (Wes Ramsey), pleading for his help; saying he will be forever in his debt. Will Peter go along with Valentin’s scheme?

Shiloh throws Kristina a curve ball today, West Coast. But will she be willing to go all-in with "Dawn of Day?" #GH is brand-new and STARTS NOW on ABC! pic.twitter.com/tZtXOdxDw2

Julian Jerome (William deVry) runs into his sister, Ava Jerome (Maura West) and strongly advises her that seeking revenge for her daughter, Kiki Jerome’s (Hayley Erin) death will only “bite her in the ass!” Will Ava give up on her thirst to find the serial killer and exact vengeance on the man who murdered her eldest daughter?

Jordan wants to question Lulu as soon as possible… but will Ryan make that an impossibility? #GH is thrilling, new and STARTS NOW on ABC! @Bri_Nic_Henry pic.twitter.com/Ee9hn90N7y

GH Spoilers— Is There A Break In Kiki’s Murder Case?

PCPD Police Commissioner, Jordan Ashford (Briana Nicole Henry) makes a phone call, asking them to come in as her and Detective Harrison Chase (Josh Swickard) believe they may have information to help solve Kiki’s murder. Who is this potential lead and what intel will they have on the serial killings? In the meantime, Franco Baldwin (Roger Howarth) is also on the phone, saying, “Whatever it is, I didn’t do it!”

Be sure to tune into ABC’s General Hospital (GH) on Thursday, January 31, to catch up on all these exciting stories and so much more. Check Hollywood Hiccups often for updates, news, rumors and spoilers!