Days Of Our Lives Spoilers: Eric And Sarah Over, Rex Pops The Question — What Will Sarah Do? 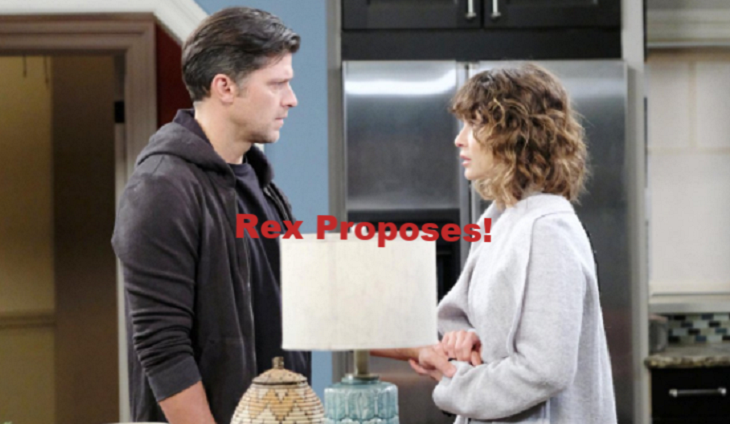 Rex Brady and Sarah Horton have recently just reunited, but Days of Our Lives (DOOL) spoilers that Rex may want to immediately move to the next level with a proposal. This would be crushing any hope for a future with Sarah and Eric Brady.

Spoilers suggest that after being able to get back Sarah, Rex would want to marry her and start over again. However, as surprising as it is that Sarah took him back, she may not be able to say yes to him yet. Has she really forgiven him after he betrayed her twice? First, he got Mimi Lockhart pregnant and second by sleeping with her own sister Noelle.

Agreeing to give Rex a second chance may sound real now, but Sarah may just be confused with her feelings. Is she trying to get back at Eric for rejecting her? After all, when she found out that Rex slept with Noelle, she went straight to Eric and confessed her feelings. When Eric rejected her, she was disappointed and that led her to Xander Cook. Unfortunately, Rex confronted her and Eric if they were having sex, pointing out the condom at Sarah’s room. Eric walked out when Sarah admitted she spent a night with Xander.

In the latest #DAYS, Sarah makes a startling confession to Rex.https://t.co/ZsCmioRrzb pic.twitter.com/7w7diUBMpZ

Meanwhile, this is ruining Eric and Sarah’s friendship. Eric has been considering her, but it seems like things won’t work out for them as a couple. On one hand, this may fare well for Eric once his wife Nicole returns to Salem. She has been presumed dead since she was not able to get out of the rubbles during an explosion.

Days of Our Lives has confirmed that Arianne Zucker is reprising her role as Nicole and will be sharing some “thrilling and hard-hitting scenes” with Eric, along with Hope and Ted this year. How she managed to stay alive after the explosion at the warehouse, where she has been all these time, and how her return will turn Eric’s life upside down will be answered.