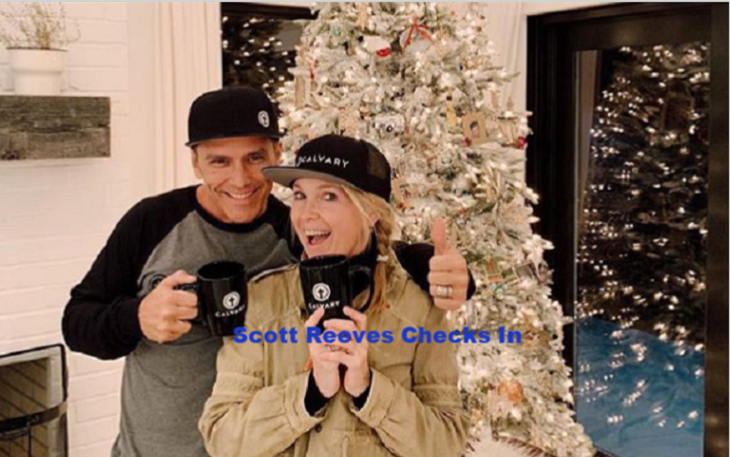 Scott Reeves is back in the limelight with several projects. Should he reprise his role as Steve Webber on General Hospital?

Reeves played Steve Webber on General Hospital in 2009 until he left in 2013. The last time he was in Port Charles, he pulled the plug on a prisoner in Memphis so that an innocent girl could have the patient’s organs.

Now that Reeves’ children are both married and his wife Melissa Reeves (Days of Our Lives’ Jennifer) has been living part-time in Los Angeles, the actor welcomes the possibility of reprising his role on General Hospital.

“It would be interesting to see how prison affected Steve,” Reeves said, per Soaps In Depth. And with Olivia Falconeri happily married, Reeves said it would be nice to stir some trouble for his old flame on-screen.

“I would love nothing more than to go stir things up in Olivia’s perfect, stable life,” he added.
While we’re waiting for that to happen, Reeves’ band, Blue County, has new music produced and are hitting the roads again. They will have their acoustic tour called Population 2 in the United Kingdom this coming April.

Reeves will also be back on-screen as part of a Netflix anthology series called “Dolly Parton’s Heartstrings.” In this country music-themed project, Reeves will appear in an episode titled “Jolene.” He plays a character named Hugh who is going through a mid-life crisis and who started seeing a singer named Jolene (Julianne Hough), behind his unsuspecting, sweet wife Willa.

Aside from performing, Reeves is also busy with his family’s coffee business.