General Hospital Spoilers: Katelyn MacMullen Talks About Willow’s Dangerous Side, Flips After Learning The Truth About Her Baby? 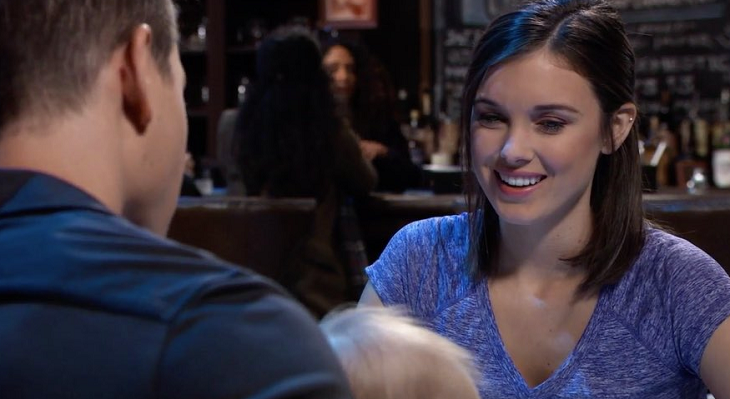 The baby swap storyline is intensifying again on General Hospital, and spoilers tease that the secret could spill soon. How would Willow and Michael take the truth?

Willow thought her baby was alive and that she gave it for adoption. Now, she thinks that Wiley, who’s now under the care of Brad and Lucas, is her son. The truth is, Willow’s son died and Nelle swapped it with Jonah and told Michael their son is gone.

If Willow finds out what Nelle did, it would be interesting to see what she’s capable of. As a newcomer, Willow has been compared with Nelle given that the same men who were drawn to Nelle are also falling for Willow.

Willow's having a harder and harder time ignoring Wiley, West Coast. How much longer can she keep the secret to herself? #GH is brand-new and STARTS NOW on ABC! #GH55 pic.twitter.com/4PPER60vaE

Katelyn MacMullen, who portrays the character, said that Willow and Nelle are “similar in the sense that they’re both broken people. Willow definitely has weaknesses, just like anyone, but for the most part, she’s a fighter. She has to keep it together… otherwise, she knows she’ll crumble.”

On one hand, MacMullen believes that Willow is far different from Nelle. Willow has been through a lot, but she has a good heart. She’s also trying to build a good life for herself. “And she cares for children, intensely. Her motto is to make sure all children are taken care of and healthy. She’s a protector,” MacMullen said.

Despite her good nature, Willow might have a dark side that could be unleashed if she and Nelle will face off. “Willow will do anything to protect her baby. If she found out that Nelle did something malicious… I think the women would both be pretty dangerous to each other!” MacMullen added.

#GH Today Wed Jan 30: Julian wants to make sure that Willow is sticking to their arrangement that she has nothing to do with the child she believes is the one she gave up for adoption. “I’m holding up my end of the deal,” Julian whispers. “How about you?” pic.twitter.com/oRRGXBgF6Z

Katelyn MacMullen debuted as Willow in October last year as Aiden’s teacher for the bullying storyline. She bumped into Chase at the hospital’s parking, and then she also met Michael at a bereavement group they were both attended. Chase has been pursuing her, but she also relates to Michael as they feel connected to have lost their kids. Stay tuned for more updates!