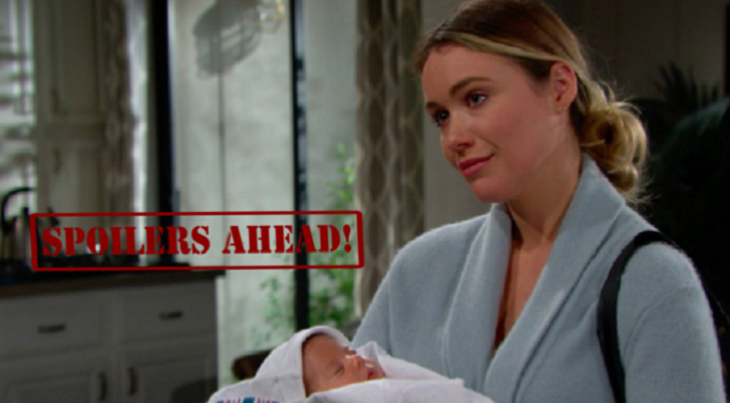 The Bold and the Beautiful (B&B) spoilers tease Reese Buckingham (Wayne Brady) made good on his promise to leave town, and who else would be surprised the most about his appearance but his daughter, Zoe Buckingham (Kiara Barnes). Reese got the money he needed to pay off the thug collectors who were after him from Steffy who was more than willing to pay just so she can adopt a baby, The Bold and the Beautiful spoilers reveal.

But this was no ordinary adoption. Reese, who desperately needed cash to pay off his debts, stole Hope and Liam’s baby, Beth, and told them that their child was dead. He then sold the child to Steffy Forrester, and the baby now goes by the name Phoebe Forrester.

Of course, Reese wouldn’t be able to pull all these off by himself. He had to pull Florence Fulton into his mess and made everyone believe that it was her child that’s being put for adoption. After getting his hands on the cash he needed, Reese left town right away, leaving the scared and guilt-stricken Florence in town.

Reese pleads for his daughter's safety as he makes good and pays the money he owes. WATCH FULL EPISODE: https://t.co/CDuLn0Pf1U #BoldandBeautiful pic.twitter.com/jiRd0URPwY

Zoe, who can be very persistent when she wants to, tries to figure out why her father had to leave LA in a hurry. She starts her investigation in Reese’s apartment. When she got to his place, she was shocked when she was greeted by Florence Fulton. She starts to grill Flo asking who she was, what’s her relationship with her dad, and why she is staying at his place. But it would seem that their brief discussion won’t end well.

Florence still can’t believe that she got caught up in Reese’s mess, especially not in a crime. She just wanted to help a close friend, and it was too late when she found out what Reese actually did. Flo will do her best to keep their secret now that she’s in way too deep. But will she manage to come with a good lie that will throw off Zoe who is trying to find out what her father is up to? Or will she feel too guilty and scared that she’ll wind up telling someone the truth about what Reese did and who baby Phoebe really is?