The Young And The Restless Spoilers: Sharon Picks A Side As JT’s Cover Up Gang Is Close To Being Exposed 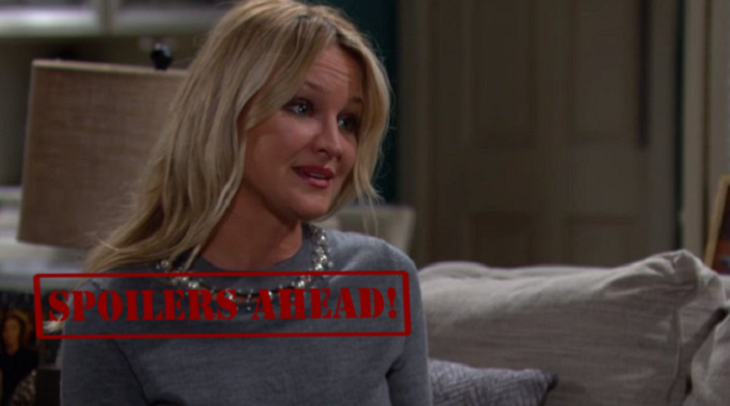 The Young and the Restless (Y&R) spoilers tease that JT Hellstrom’s murder case is still not solved, and someone’s using this unfinished business to take revenge against the Newmans. But Nikki’s exposure as the murderer would also spell major trouble for Sharon and Phyllis as they were at the scene and even helped Nikki and Victoria bury JT’s body.

The pressure is mounting on Phyllis, who lied to the other women about disposing of all the evidence. Apparently, she kept the fireplace poker, which magically appeared in Nikki’s living room and led to her breakdown and confession to Nick.

Now, Phyllis is trying to convince Sharon to side with her. Sharon is not yet buying what Phyllis is trying to sell her. But will she choose her side eventually? She might have second thoughts, given that their history. After all, Phyllis slept with Nick while he and Sharon were still together and were supposed to get married. But Phyllis ruined it all.

The Young and the Restless spoilers tease that Sharon’s loyalty will be tested this week. Will she go for Nikki and Victoria instead? Sharon and Vicki bonded recently when Vicki needed someone to talk to about some matter of the hearts, confiding to her that the issues with JT are still affecting her.

Whichever side Sharon chooses, it looks like the end is near for the cover-up girls. Recently, a leaked script revealed that Phyllis will be arrested and Sharon, Nikki, and Victoria will all be brought into question. In addition, another spoiler reveals the casting of Suzanne Marques and Nischelle Turner as newspersons who will cover a breaking news story this February. Could it be that JT’s disappearance will finally come to light?

The Young And The Restless Poll: Would Billy Be Better Off Without Victoria? Vote!

Meanwhile, someone is still tormenting the Newmans, and Katie has gone missing. Victor is on the quest to protect his wife and the rest of his family. The perpetrator is in their property, and who knows what he or she would do next when he or she strikes?