General Hospital Spoilers: Peter Pumps The Breaks On Romance With Maxie, And She Wants To Know Why 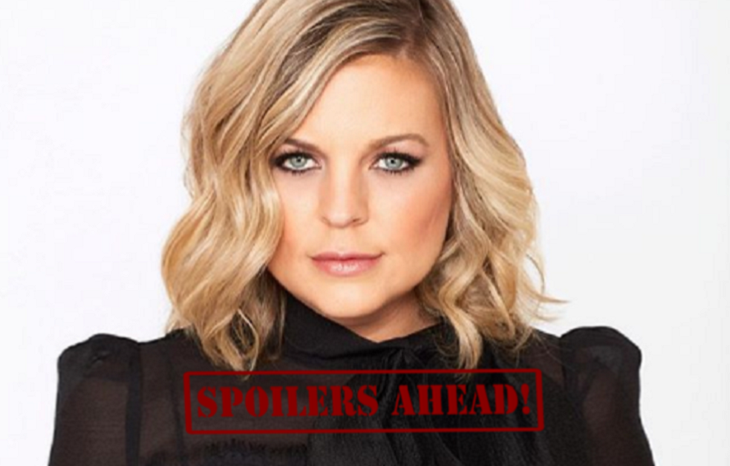 General Hospital (GH) spoilers tease that Peter August (Wes Ramsey) will hesitate to move forward with Maxie Jones (Kirsten Storms) when she thinks she’s ready for the next level in their relationship, and she will want to know why. As her mother-in-law, Liesl Obrecht (Kathleen Gati) unhappily and disapprovingly noted at their celebration meal to remember her deceased husband Nathan West (Ryan Paevey) that she’d removed her wedding ring.

GH Spoilers– Maxie Is Ready To Move On

Maxie’s obviously realized that Nathan would want her to be happy, and he definitely would want someone to act as a father to James, even if he always has Grandpa Mac Scorpio (John J. York). Technically, Mac is a step-grandpa, but since Frisco Jones (Jack Wagner) was never there for either Maxie or her late sister Georgie (Lindze Letherman) Mac is daddy to her, so he’s granddaddy to James! That might make James happy as he grows older, but it doesn’t do a lot for Maxie.

It's been a year since Nathan passed away and Maxie is spending the day with the people who knew him best. An emotional, new #GH STARTS NOW on ABC! pic.twitter.com/QPQ9cw6aPJ

Peter could be hesitating because maybe HE is not as ready to move forward as he thought he was; maybe HE feels guilty for Nathan’s death, and if their father had not come looking for him, Nathan would still be alive! How would he explain that to little James when he grows up? Granted, Peter tried to save Nathan’s life and tried to help stop the bleeding, but maybe Peter hasn’t forgiven himself for putting his half-brother in harm’s way even though that wasn’t his intention, and not being able to save him from death a couple of days later in the hospital. Peter has learned that the means to an end are as important as the outcome itself, rather than Valentin Cassadine’s (James Patrick Stuart) way of thinking that the end justifies the means; Peter has come to realize that if the means to the end are bad, the end will likely be bad as well

Will Peter be able to forgive himself and move forward with Maxie? Time will tell, and keep watching General Hospital and check General Hospital spoilers frequently to see how Maxie and Peter’s potential romance blossoms.