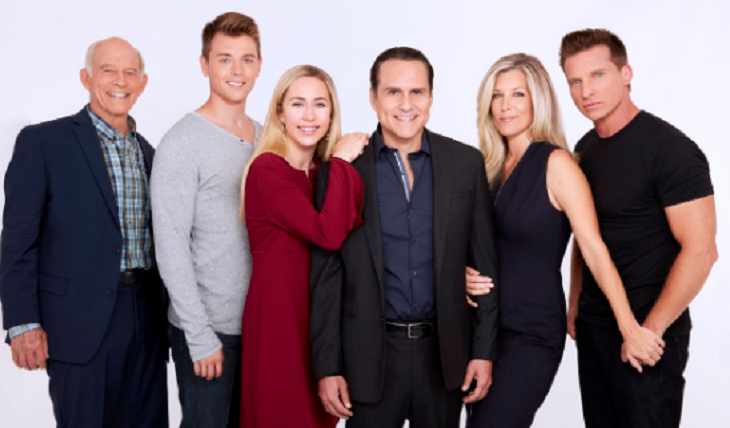 In an interview with Soaps In Depth, Maurice Benard recalled the time when his character Sonny Corinthos got his big break in General Hospital.

Sonny Was Not Well Liked, At First

Viewers who have seen Benard’s character evolve know very well how much his role has changed over the course of 25 years. Benard was supposed to take on the role of Sonny for six months only, but he is still part of the show until now. So, when did his character get the break?

When Sonny Corinthos made his debut in General Hospital, he was not a fan favorite. Viewers hated him and Benard felt the same way too. Sonny was only a supporting character at first. He eventually changed and became a leading male figure in General Hospital. He was thankful for Anthony Geary as he played an important role in shaping Sonny Corinthos into what he is today.

Sonny and Carly and of course the bobblehead Jason in the middle. . #Graceland #GH55 @visitgraceland

Benard was obviously fond of his former castmate when he recalled what he said to him back then. “He took me aside and said, ‘Do you want to be the Tonto to my Lone Ranger?’ I said, ‘I don’t mind, Tony, because you’re Tony Geary, and I’m cool with that.’ He said, ‘You don’t want to do that. Go upstairs and tell them you want a family.’”

It was during the end of his six-month contract when he realized that he wanted to do more. He wanted to be given an opportunity to change the character in such a way that the viewers will love him more. So, he approached those who were in charge of the show and suggested that there should be more to Sonny’s character, like a family and a history.

General Hospital Spoilers: Katelyn MacMullen Talks About Willow’s Dangerous Side, Flips After Learning The Truth About Her Baby?

It wasn’t like a threat but an overview of what he can offer to the character and to the show. He promised that if given a chance, he will work hard, and he got what he wanted. The writers of the show made up Brenda and Mike, and that is where everything else began for Sonny.