General Hospital Spoilers: Scott’s Support Of Franco, Causes Problem Between Laura and Him 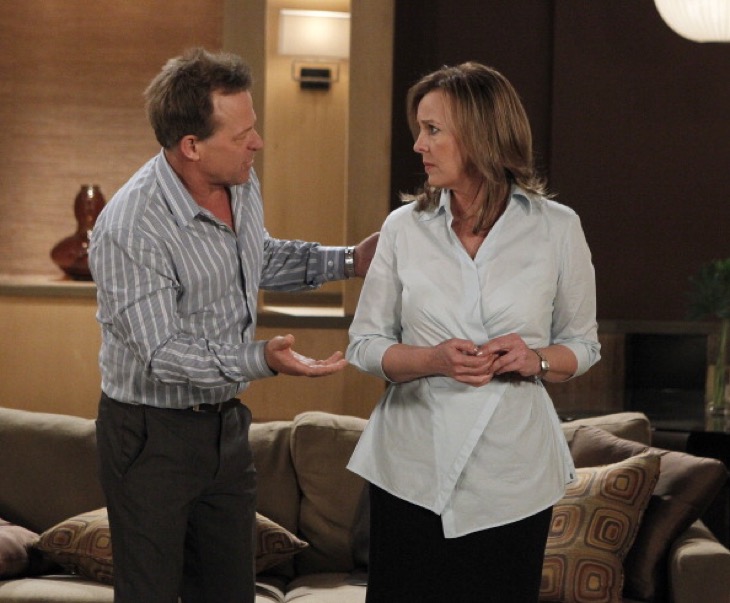 General Hospital spoilers tease that Scott Baldwin’s (Kin Shriner) support of his son Franco Baldwin (Roger Howarth), who will shortly be framed by Ryan Chamberlain (Jon Lindstrom) for the attack on Lulu Falconeri (Emme Rylan) and at least two other murders, may open old wounds between “Scotty” and Laura Webber (Genie Francis), his high school sweetheart and first wife. It could even cause a rift!

It’s possible that Laura will buy Ryan’s frame of Lulu, especially since other General Hospital spoilers tease that he will hypnotize her to identify Franco as her attacker! Scott, of course, will believe Franco, and Elizabeth Webber (Rebecca Herbst) most likely will, as well. She’s lived with him for quite some time and knows his ins and outs, and the improvements he’s made.

Scott has more baggage and wounds from Laura from the past then she has ever had with him; first she falls in love with her rapist, Luke Spencer (Tony Geary) while she’s still married to Scott; then she marries Luke after her divorce is final from Scott! Lulu killed Scott’s other son, Logan Hayes (Josh Duhon) albeit it was in self-defense.

Laura in fierce protector mode is everything 🙌🏼 #GH pic.twitter.com/WQUfbV3R9Q

Then, Scott and Laura got back together off the screen when they returned to Port Charles as a couple in 2013, engaged to be married, got married, and then Scott backed out of the marriage and divorced Laura!

General Hospital Spoilers: Peter Pumps The Breaks On Romance With Maxie, And She Wants To Know Why

There is more than enough baggage between Scott and Laura over the years for the situation with Franco, and the frame-up, to be the final straw that breaks the camel’s back between Scott and Laura! Of course, if Scott manages to prove to Laura and the police that Franco has been framed, which will be difficult, or Laura realizes it herself, then maybe they can continue to be friends.