The Bold And The Beautiful Spoilers: Tuesday, February 5 – Zoe Puts Flo On Blast – Ridge Wants Answers About The Adoption 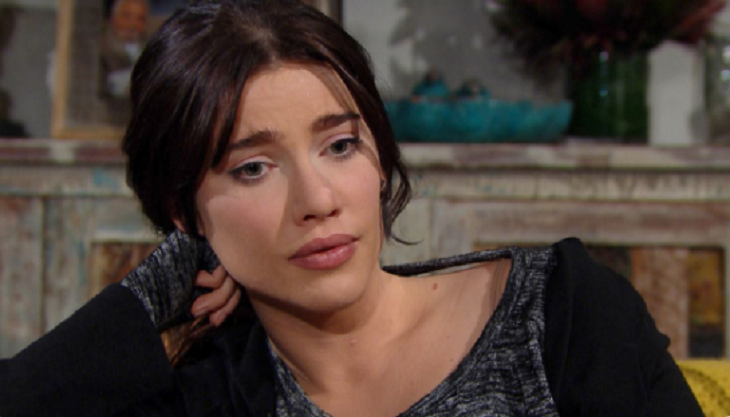 The Bold and the Beautiful (B&B) spoilers for Tuesday, February 5, tease that Zoe Buckingham (Kiara Barnes) won’t be content to just let her dad Reese Buckingham (Wayne Brady) hightail it out of Los Angeles without getting some answers. Reese has just told Zoe that he’s headed to London to start a new chapter in his life, and Zoe’s highly suspicious of that move. It seems like he’s running from something, and she’ll decide to find out what he’s running from.

On Tuesday’s episode, Zoe will decide to snoop in Reese’s apartment for clues as to what he’s mixed up in. Little does Zoe know that her dad was in debt for $200,000, then paid off that debt by illegally putting Hope Spencer’s (Annika Noelle) baby up for adoption. She’d probably never imagine that Reese was mixed up in something so horrible.

As she goes through Reese’s apartment, she’ll bump into Florence “Flo” Fulton (Katrina Bowden). Zoe will be shocked to find someone apparently living at her dad’s place, and she’ll pepper Flo with questions. Of course, Flo knows that everything Reese did was to protect Zoe, and she’ll know that Reese would never want Zoe to know what he did.

According to B&B spoilers, Flo will do a good job of deflecting Zoe’s questions, but that won’t satisfy Zoe. Zoe will leave the apartment frustrated and sure that Flo is the key to understanding exactly what’s going on with Reese.

It’s been bugging Ridge that the adoption took place so quickly and cost so much money. He feels like he’s missing some crucial information about how it all came about, so he’ll interrogate Steffy and Taylor about the whole process. Taylor will explain that her colleague put them in touch with a birth mother who wanted to give up her baby for adoption, but that likely won’t satisfy Ridge.

Ridge may want to know who the “colleague” was that brokered the deal, but Taylor won’t be inclined to divulge that it was Reese who was behind the whole thing. Reese asked Taylor to keep his name out of the mix, and she’ll likely oblige. Of course, that’s the one detail could blow the whole baby swap scam wide open if it were revealed.

At any rate, it seems that Taylor and Steffy will have the right answers to all of Ridge’s questions, but still, something about the whole adoption process will feel off to him. Will he just let the matter drop, or will he persist in questioning the adoption?