The Young And The Restless News: Kristoff St John’s Fiance Is Heartbroken, ‘You Left Me Alone’ 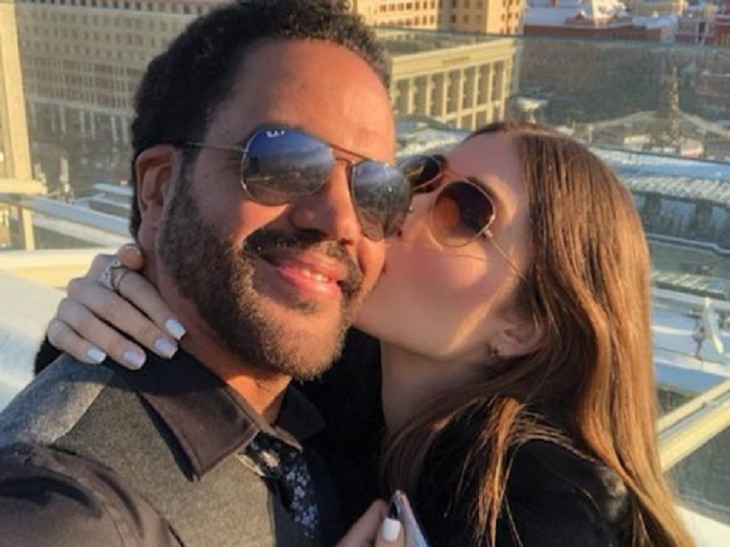 The news that Young and the Restless superstar, Kristoff St. John died rocked his fiance Kseniya Mikhaleva. She never saw it coming and she was looking to the future.  She believed, like many of his loved ones, that he was getting better and was starting to enjoy life.  However, it looks like that was not the case.

Kseniya posted to Instagram ( a post that has since been deleted) that she didn’t know how this happened.  She went on to say that he was taken from her too early and now she is left alone to deal with his loss. She added that he was a loving father and man.

You can tell by her post on social media that she is overwhelmed with sadness. She isn’t sure what to say and how to get her words to convey the message she needed to say.  It’s clear that she loved Kristoff and her sense of loss is great right now.

Kristoff Appeared To Be Doing Well

By all accounts, Kristoff appeared to be in a better place. He spent a few years of being in a very low place and grappling with the reality of his son’s sudden suicide. He had anger toward the facility he and his ex-wife, Mia St John trusted to take care of Julian. In the end, they sued the facility and was awarded an undisclosed amount of money.

With my lovely @kristoffstjohn ❤️

Kristoff told the press last year that he didn’t want the money as it was a constant reminder of what happened to his son.  In 2017, Kristoff hit rock bottom. He couldn’t go on anymore and allegedly threatened suicide. The police placed him under a 72-hour hold psychiatric hold.

After his stay in a mental health facility, he seemed to be in a better place. He started smiling and posting uplifting posts on social media.  He announced his engagement to Kseniya in September.  The Y&R fans were happy for him and believed that he was doing much better.

His death came as a shock to Kseniya.  It’s clear that he did not tell her goodbye or give her any clue that he was considering hurting himself.

Suicide is never the answer.  If you feel like hurting yourself, please talk to someone you can trust.  If you don’t have anyone to talk to, contact the National Suicide Prevention Hotline at 1-800-273-8255.