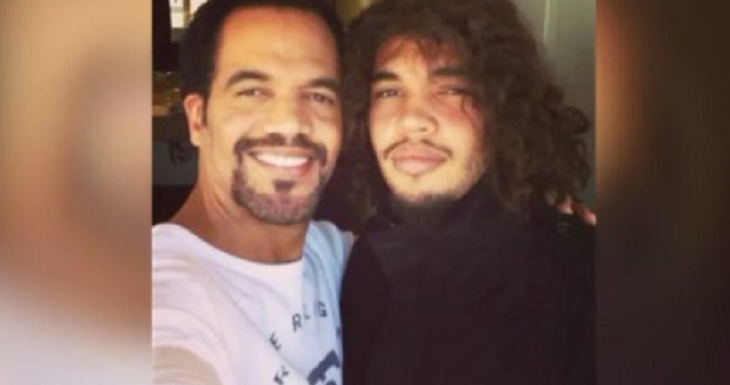 The Young and the Restless (Y&R) fans were shocked to learn on Monday, February 4 that Kristoff St. John (Neil Winters) died at the age of 52.  He battled depression following his son Julian St. John’s death in 2014. Fearing Julian would try to take his own life, Mia and Kristoff admitted Julian into a mental health facility to place him on suicide watch. They trusted this facility to keep their child safe and they failed. Julian was found in his room unresponsive.  They buried their 24-year-old son on December 5, 2014.

Mia knows who is at fault for St. John’s death and she doesn’t have any qualms about pointing her finger at them. She posted to Twitter, and has since deleted the tweet, that the hospital killed her family.   She said the hospital where Julian died not only killed her son but her husband.  She said that on the day they lost their son, she lost her whole family. Kristoff was never the same.

Kristoff tried to deal with the loss the best he could. He believed that time would heal all wounds. In his case, the more time that passed, the angrier he felt.

The St Johns sued the hospital where Julian passed away and settled out of court.  They reportedly put the money in the foundation they created in his honor.  They wanted to make sure something like this never happens to anyone else.

In 2017, Kristoff allegedly threated to hurt himself. A concerned friend contacted the police, who placed the actor on a psychiatric three-day hold. He made the decision to enter a depression treatment program. He updated his Y&R fans, reassuring them that once he’s in a better place, Neil would return with a hot storyline.

Over the past two years, he tried to move on.  He tried to get past his own mental health struggles, but he couldn’t.  Mia St. John believes that the hospital that allowed Julian to take his life is responsible for Kristoff’s death.

The Young And The Restless News: Kristoff St John’s Fiance Is Heartbroken, ‘You Left Me Alone’