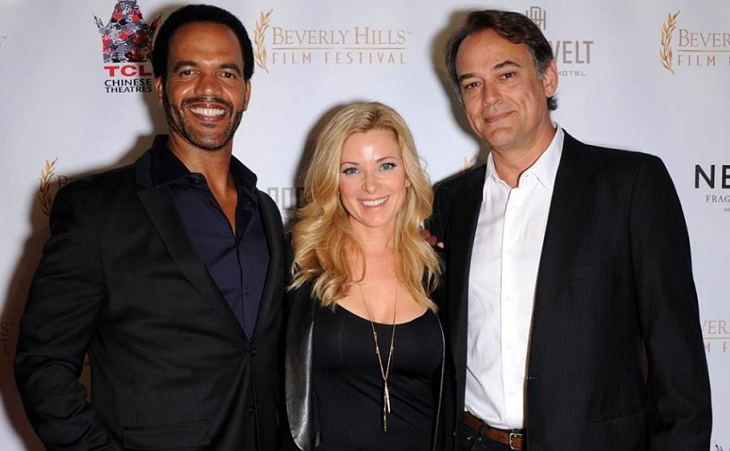 General Hospital star Jon Lindstrom (Ryan/Kevin) posted to social media to voice his sorrow about Y&R’s Kristoff St. John’s untimely death. It was evident in the post that he is hurting and he was trying to make sense of his death in his own mind.

It’s clear by Lindstrom’s post that he knew Kristoff well.  He said that he was the most generous man he’s ever met. He added that he hoped that he found the peace he was looking for.

“RIP Kristoff! He was loved and he will be forever missed,” Jon wrote on Facebook.

Jon posted a picture of himself, wife Cady McClain, and Kristoff.  Typical of St. John, he had a gorgeous huge smile in the picture and appeared to be happy. However, behind closed doors, there was a darkness that plagued him.

With the heaviest of hearts, we say goodbye to our friend and CBS Daytime family member, the incomparable, Kristoff St. John. @YandR_CBS #YR pic.twitter.com/htphXEzOHh

On Monday, February 4, St. John’s friend was worried about him. They couldn’t get ahold of him by phone so they went to his home to check on him. They discovered his body and immediately called the police, who pronounced him dead on the scene.  At this time, law enforcement believes that Alcohol may have been a factor in his death.

The soap world is mourning for him. They will be for quite some time.  He was a great actor, but most of all, as Lindstrom pointed out, he was a great man.  He was generous, kind and he made a point to be there for whoever needed someone.