The Bold and the Beautiful Spoilers: Ingo Rademacher Won’t Rule Out A Thorne Return In The Near Future 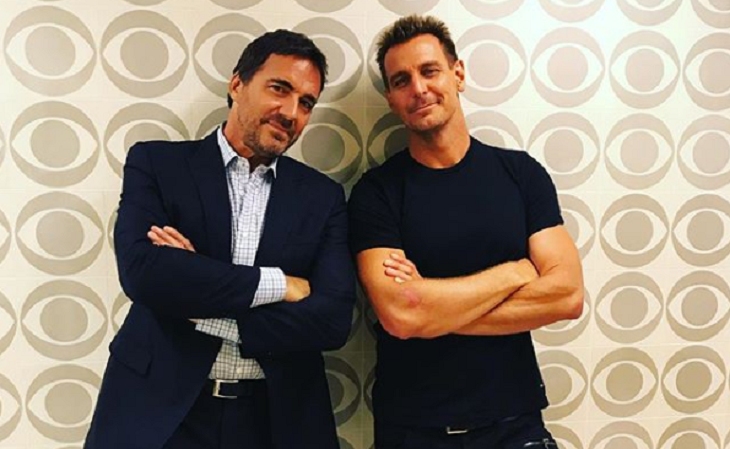 There are many The Bold and the Beautiful fans sad to hear that Ingo Rademacher is leaving the highly-rated CBS soap. And while it looks like the handsome actor is wanting to pursue other projects in the entertainment industry, is there a chance that he might come back to reprise his role as Thorne in the future? That’s what fans are wanting to know.

According to CBS Soaps in Depth, Ingo Rachemacher is no longer on The Bold and the Beautiful. The German-born actor has stated that he is looking to spend more time with his family. For the last two years, he’s been forced to split his time between Los Angeles for filming and his wife’s native Hawaii. Ingo, however, has stated that he would be willing to come back to reprise his role from time to time, but for now, he just wants to focus on his family and spend more time at home.

On the small screen, The Bold and the Beautiful spoilers tease that Thorne is about to drop a Valentine’s Day bomb on Katie. Clearly, Thorne already has one foot out the door but that doesn’t mean things are over between him and Katie just yet.

Seeing how Ingo has a long history in the daytime television world, there’s a very good chance that we might see him back on the canvas in no time. After all, Ingo is one of the biggest stars in the industry. It’s without a doubt that many of his fans have their fingers crossed that they will see him back sooner rather than later. And while he doesn’t have any immediate plans to return, even fans know that the door will always be open for him.

The Bold and the Beautiful airs weekdays on the CBS network. Check your local listings for times. In the meantime, drop us a line with your thoughts in our comments section below. And as always, don’t forget to check back with Soap Opera Spy for all the latest news, updates and spoilers on The Bold and the Beautiful and all of your favorite daytime television shows right here!

Bold And The Beautiful (B&B) Spoilers: Quinn’s Choice – Carter or…

The Bold And The Beautiful (B&B) Spoilers: Alum Jacob Young Celebrates A Very…