The Young and the Restless Spoilers: Abby’s Gamble Risky – Mia Is Frisky 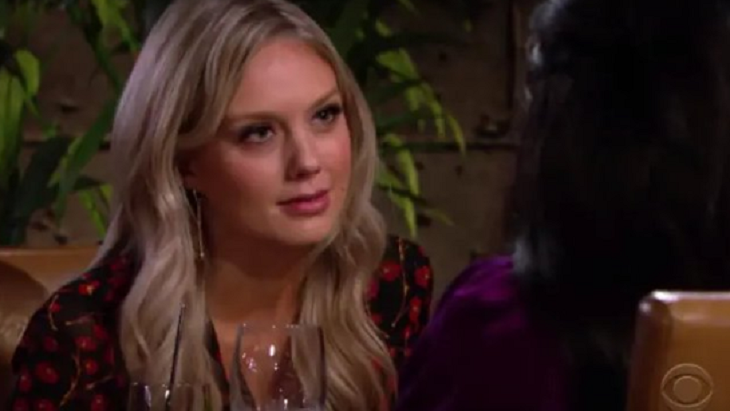 Abby (Melissa Ordway) is doing two things at once on The Young and the Restless. She’s genuinely trying to be civil with Mia (Noemi Gonzalez), while also employing a longterm strategy. Both efforts are intended to neutralize Arturo’s (Jason Canela) first love.

The gamble Miss Newman is taking is risky because Mia is frisky. Mrs. Rosales’ first love was Arturo. Then, years after they first were together, they cavorted again. That created trouble between Arturo and his brother. So Ray (Jordi Vilasuso) accepted the police commission’s offer to come to Genoa City and here we are in present day with personal matters perceived as handled.

Like Abby, Arturo is sincere in wanting to get along with Mia. He rightly sees her as an ongoing threat to his, Abby’s, and Rey’s happiness. Unfortunately, Mia doesn’t seem to recognize that she too can be blissful if she’d only strike the negative ideas she has about ‘Abturo’s’ future, or simply choose to let both people live their own lives.

Who is Mia to say that Abby isn’t right for Arturo? Y&R fans are not supporting Gonzalez’ well-played character. They, like the other Genoa City residents mentioned, know that Mia’s me-first nature is potentially destructive for two existing couples.

As for Rey, he’s the poor soul in this scenario. At present, he’s been re-convinced that Mia is beyond Arturo and committed to ‘Ria’. Recent events, including the kooky daydream hair trim of Abby and a gut-spill to Phyllis (Gina Tognoni), who’s no relationship expert, revealed that Mia’s mind is still scrambled.

Abby said that she’s only had one mature relationship, that being her marriage to ‘Stitch’ (Sean Carrigan). As viewers know, all of her other many heart-gives were momentary or ended badly.

The Bold And The Beautiful Spoilers: Tuesday, February 5 – Zoe Puts Flo On Blast – Ridge Wants Answers About The Adoption

Arturo represents a real shot at lasting love and the ability to create a family, which means children, in the very near future. But Mia stands in the way of Abby’s hopes. So, the gamble Ordway’s earnest character is taking is surely worth the risk and hopefully pays off for all involved, including Mrs. Rosales.