The Young And The Restless Spoilers: Does Lola Stand A Chance With Kyle Now That Summer’s Back? 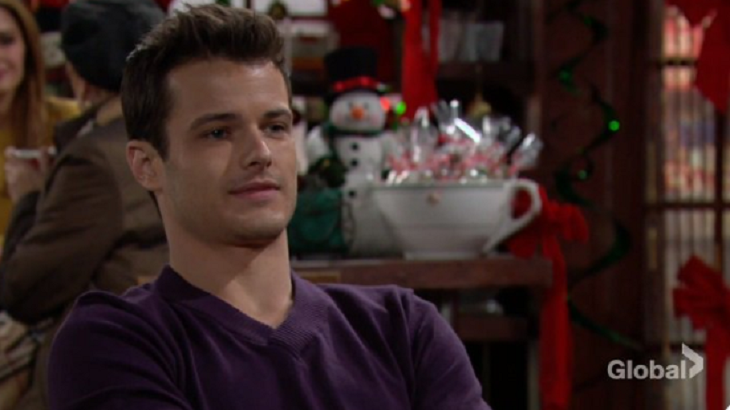 The Young and the Restless (Y&R) spoilers tease that Kyle Abbott (Michael Mealor) and Lola Rosales (Sasha Calle) may be headed for trouble in their relationship. While Summer Newman (Hunter King) was away in Dubai, things between Lola and Kyle blossomed. The two had a couple speed bumps in the road, like the debacle over the expensive purse that Kyle bought Lola, but ultimately they worked things out.

But now Summer’s back in Genoa City and she’s determined to cause problems for Kyle and Lola. She excels at finding ways to get under Lola’s skin and pit Lola and Kyle against each other, and she’s not letting up anytime soon.

Summer seems hell-bent on convincing Kyle that Lola’s boring and doesn’t offer the excitement that someone like she could offer him. Basically, Summer thinks Lola’s a snooze fest and can’t give Kyle what he needs.

Just wait until Summer finds out that Lola’s a virgin and that Lola and Kyle haven’t had sex yet. Summer likely won’t hesitate to make fun of Lola for this, which will itself cause problems for Lola and Kyle. But Summer will probably do far worse…she’ll likely start trying to seduce Kyle to remind him of what he’s missing.

The Love Train is coming your way next week on #YR! @CBSDaytime pic.twitter.com/p4wUXd4y7i

Y&R Spoilers– Will Summer Use Lola’s Virginity Against Her?

One has to wonder whether Lola stands a chance with all of this taunting and playing dirty on Summer’s part. Lola’s first tendency is to bolt when things get tough, so she might get fed up with Summer’s nonsense and just tell Kyle to take a hike.

Or will Lola fight back where Summer is concerned? It would be enjoyable to watch Lola put Summer in her place and withstand all the drama, keeping her place by Kyle’s side. Nothing would irk Summer more.

At any rate, it looks like Kyle’s about to be caught between his new love and his ex. We’ll see how he handles it. Do you think that Lola stands a chance with Kyle now that Summer’s back and causing trouble?

The Young And The Restless Stars React To Kristoff St. John’s Sudden Death