The Young And The Restless Star Christel Khalil Doesn’t Know How To Say Goodbye To Kristoff St. John 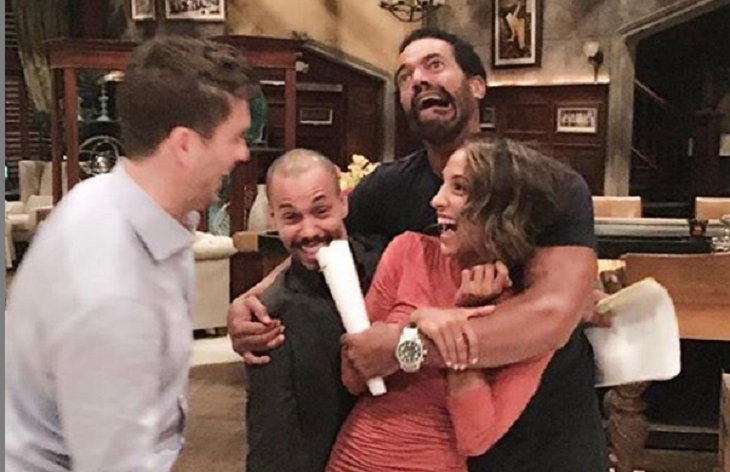 The Young and the Restless (Y&R) star Christel Khalil (Lily Winters) said in a heartfelt Instagram post that she isn’t sure how to say goodbye to St. John.  She said how do you say goodbye to someone who molded you into everything you are today.  What a powerful statement and it really shows the depth of her love for him, both as a costar and a father figure.

Khalil said that she feels heartbroken, angry and sad—all rolled into one by the news of Kristoff St John’s death. She said she understands why “he did what he did” but it isn’t easy.  She is thankful he is no longer in pain as the pain of losing his son was too much for him to bear.

“I’ll never forget that you were the first person to take me under your wing at Y&R.  You were the one who when I did my screen test, you helped me get comfortable on the set. I know you are the main reason I got the role. For the past 17 years, you treated me like your real daughter. We had deep conversations about religion, politics and listened to countless dad jokes. I am so grateful I got this time to spend with you. You will never ever be forgotten. I love you I love you!,“ Christel wrote.

Hello Lovelies! I wanted you to be the first to know that if you see less of me on @youngandrestlesscbs , it’s because I have decided to switch from Y&R full time to recurring status. That means I’m not leaving, just ready (after 16 amazing years playing Lily) to explore new things! I will continue to be a proud member of the Y&R family and look forward to further adventures playing Lily. Thank you for all the love and support over the years! xoxo Christel

Kristoff Left Behind A legacy

There is no doubt that Young and the Restless will honor him in a big way in the coming weeks.  He was a huge part of the reason the show is such a success.  The fans loved him and appreciated his character.

The Young And The Restless Alum Victoria Rowell Pens A Beautiful Tribute To Kristoff St. John, ‘You Believed In Neil And Dru’