The Young And The Restless Spoilers: Abby And Mia’s War Of Words, Trouble Is Brewing! 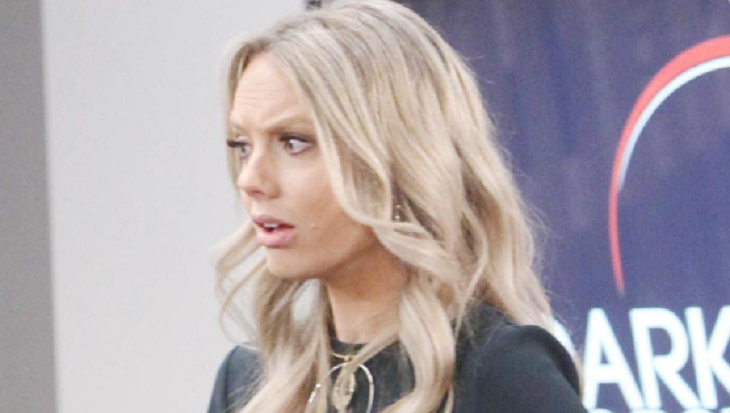 The Young and the Restless (Y&R) spoilers tease that when Abby Newman (Melissa Ordway) goes out for drinks with Mia Rosales (Noemi Gonzalez), it turns out to be a lot more than she bargained for.

Y&R Spoilers– Abby Is Ready For A War

Abby takes a deep breath before she sits down with Mia at the Genoa City Athletic Club. Mia has already ordered a round of drinks, but Abby tells her she’s busy and barely even has time for one drink. She feels that just showing up is making an effort, considering how badly Mia has treated her. It’s obvious Abby doesn’t have high hopes for the meet-up, but deep down inside, she’s hoping that maybe, just maybe, the two of them can make peace.

After the two clink glasses, Mia says they need to be honest with each other and then brings up her history with Arturo (Jason Canela). Abby tells her some things should remain private and Mia says she admitted to her affair with Arturo in public to shake things up and to get closer to her husband Rey (Jordi Vilasuso). She then tries to imply that Arturo’s proposal wasn’t about Abby and that she believes it was about Arturo and Rey and their competitive history. Abby says she knows Arturo didn’t have an ulterior motive when he proposed to her. Mia then tries to butter her up, telling her she will have the wedding of her dreams.

Y&R Spoilers– Is Mia Still In Love With Arturo?

Abby doesn’t buy this and tells Mia that it must kill her that she no longer has Arturo’s attention. She says Mia talks about Arturo quite a lot and that anyone listening to their conversation might believe that she has more than Abby’s happiness in mind. She tells Mia to keep her relationship with Arturo “back in high school” where it belongs. Mia says someone might think Abby is pushing her insecurities on to her. Abby counters that she’s not “some naïve, sheltered, spoiled little princess” and that her father taught her how to fight and to win.

Abby better watch her back when she’s around Arturo’s ex – viewers will recall that just last week, Mia was fantasizing about cutting off Abby’s hair. Who knows what Mia Rosales is really capable of?