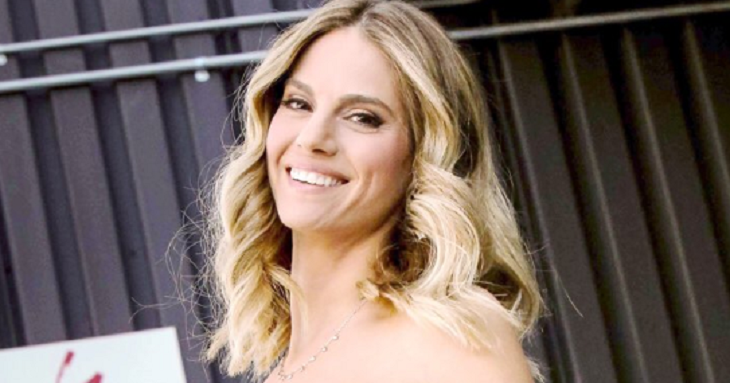 The Young and the Restless (Y&R) spoilers tease that Kelly Kruger, the actress who plays Mackenzie Hellstrom, is considering coming back to Y&R full time. She said that returning over the past few months made her realize how much she has missed the show. Kelly said that stepping on the set again, was just like old times—it felt like she was part of a family.

Kruger said the storyline was extremely heavy. She wasn’t sure if she could pull it off and show how serious the subject matter was. She didn’t want to make light of women suffering in an abusive relationship and she wanted to make it believable, so those enduring that reality would be able to see a way out.

As for what helped get her through those scenes, Kelly noted that Amelia Heinle (Victoria Newman) and Thad Luckinbill (JT Hellstrom) were amazing to work with and they made it so easy. She recalls having so much anxiety about that scene when Mac confessed to JT abusing her. However, when it was time to tape, it wasn’t nearly as difficult as she thought it was going to be.

Kelly said that she has considered returning to Young and the Restless full-time again. She added that the casting team would love to keep her on and bring Mac back in town with the kids in tow. However, she isn’t sure if she wants to be locked into a taping schedule.

Would you like to see Kelly Kruger return as Mac on Y&R regularly? Don’t forget to come back later for more The Young and the Restless (Y&R) spoilers, news, and casting updates!