The Young And The Restless Spoilers: Someone Has A Grudge Against The Newmans– Is It Ian Ward? 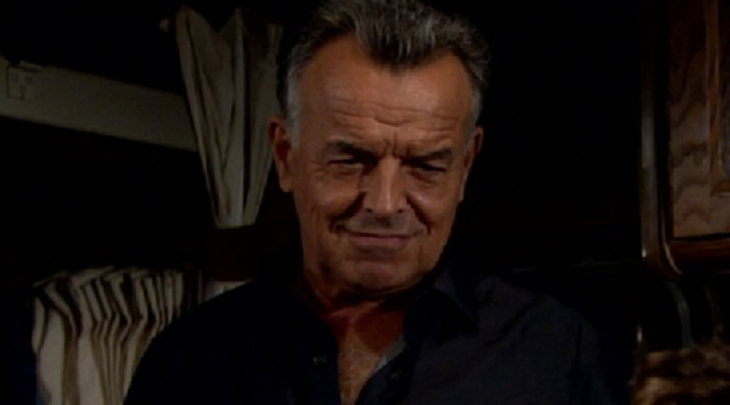 The Young and the Restless (Y&R) spoilers tease that someone has a grudge against the Newman family and it isn’t JT Hellstrom (Thad Luckinbill). So if not JT, who could it be?  There is a lot of speculation that the Newman harasser could be none other than Ian Ward (Ray Wise).  If that’s the case, Victor Newman (Eric Braeden) may have his work cut out to defeat him. Here’s everything we know about the upcoming storyline.

Y&R Spoilers– Victor Has An Enemy

Victor always has a whole slew of enemies waiting to slam him. For a long time, part of his enemies was his son Nick Newman (Joshua Morrow) and Phyllis Abbott (Gina Tognoni).  CBS Soaps In Depth reported that Victor’s newest enemy is an old acquaintance.  Most Y&R fans jumped to the conclusion it must be Adam Newman, who is currently not on the canvas, JT, or Phyllis. However, the Y&R writer teased it will be someone that the fans will want to see and someone they have greatly missed.

Knowing that juicy tidbit, that leaves only one of two possibilities –Ian Ward or Adam Newman!

Adding to the speculation that Ian Ward would be returning to the soap opera is centered around a social media post created by Eric Braeden.  He revealed that he always loves working with Wise. Many wondered why he would even post such a tribute to him, as they haven’t worked together in several years.  That is unless… Ian had already returned.

Let’s face it, Ian always was one step ahead of Victor.  For some reason, Ian could get under his skin and get a rise out of Victor. It would be great entertainment if they brought Ray back for a few scenes. Several months ago, Wise said he loved his time on Y&R and he would love the opportunity to return.

The Young And The Restless Spoilers: Judith Chapman Says Gloria Will Be Back, Here’s What’s Ahead for Gloworm

Would you like to see Ian Ward return to wreak havoc on Victor Newman?  Don’t forget to come back later for more The Young and the Restless (Y&R) spoilers, news, and casting updates!