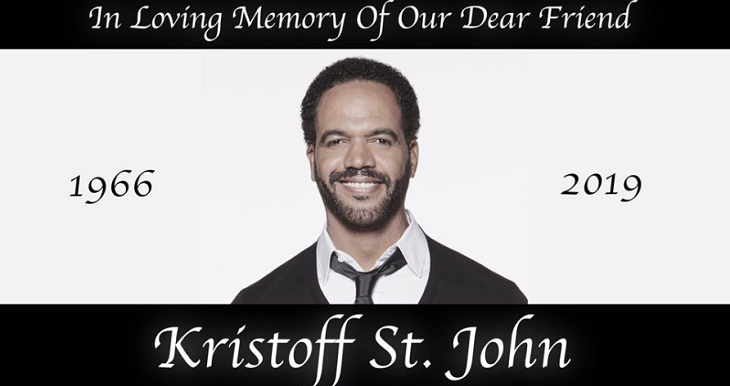 The Young and the Restless (Y&R) viewers are pretty upset about  Kristoff St. John (Neil Winters) last scenes and tribute. After not seeing Neil on the show for several months, the fans were looking forward to seeing him. After his death, CBS promoted that we would see him on Wednesday, February 6.  However, his scenes were not what the fans had hoped. He was encouraging Devon Hamilton (Bryton James) to be there for the family.

Kristoff played Neil for 27 years before his death on Sunday, February 3.  In most of those years, he was a lead actor.  Neil worked with Victor Newman (Eric Braeden) for many years. He was Nikki Newman’s (Melody Thomas Scott) best friend after Katherine Chancellor (Jeanne Cooper) died. And, for 27 years of service, CBS gave him less than a minute of airtime for a tribute?

Many Y&R fans are upset.  They are still grieving the loss of a beautiful soul.  He was more than just an actor to the fans. He was a giving soul.  He had a beautiful smile that would light up the scenes.  Personally, if he knew anyone was upset, even one of his fans, he would go out of his way to make them feel better.  That’s who he was.

He was an advocate for mental illness. He and his ex-wife made great progress for mental illness awareness. I recall a moment when I personally was struggling with my son’s mental illness issues.  Kristoff saw my tweet on his ex-wife’s page and direct messaged me that even if it seems really bad now, it will get better.  This was only months after he lost his own son.  So for me, and many fans, the loss of Kristoff is more than losing Neil Winters on a soap opera.

One thing Eric Braeden has said over the past few months is that former showrunner Mal Young tried to eliminate veteran actors such as Doug Davidson (Paul Williams), Kristoff St. John (Neil Winters), and himself. He said it didn’t work for his character, but Doug and Kristoff were almost completely eliminated.

Many Y&R fans believe that his last scenes and tribute are proof CBS tried to diminish Kristoff’s role on the show. The viewers are hoping that Y&R will air a special episode dedicated to him and give him a proper send off.

How would you like CBS to handle Kristoff St. John’s death?  Don’t forget to come back to Hollywood Hiccups for more The Young and the Restless (Y&R) spoilers, news, and casting updates!