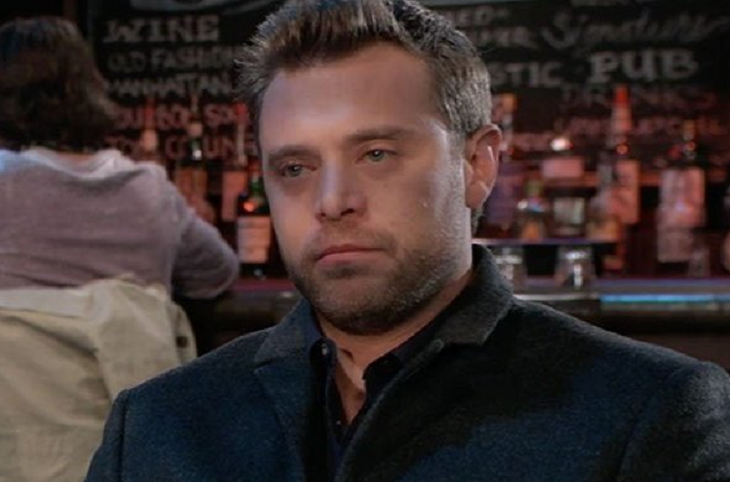 General Hospital (GH) spoilers tease that Drew Cain (Billy Miller) will meet with Shiloh Archer (Coby Ryan McLaughlin) this week on GH. In previews, Shiloh is talking to Drew about his memories and asking if there is a chance he will get any of them back. Shiloh could be worried about Drew remembering things he doesn’t want him too. Or, he could also be wondering if he could bring selective memories back to Drew?

Most of Shiloh’s life experiences in his book seem to be true, Spinelli (Bradford Anderson) was able to verify his experiences up till he was in Afghanistan at the same time Drew was there as a Navy Seal. Shiloh could be offering a safer way for Drew to retrieve his memories – or try to implant some as Ryan Chamberlain (Jon Lindstrom) did with Lulu Falconeri (Emme Rylan). This would seem to be more the case if Shiloh wanted Drew’s memories to be selective – and help to support his promotion of Dawn of The Day. It’s also a preferable method if Shiloh is worried that Drew will remember something that he would rather stay hidden!

Based on Drew’s consideration of retrieving his memories through a medical/psychological procedure using the flash drive that DA Margaux Dawson (Elizabeth Hendrickson) finally coughed up, he probably won’t care if he gets his older memories back or not. Right now he’s more focused on newer memories and his newer life since coming to Port Charles with his twin Jason Morgan’s (Steve Burton) memories and identity, and forming new ones as himself as well. He’s afraid if he retrieves his own memories….at least through the memory mapping method—he’ll lose his new ones, of Sam (Kelly Monaco) and their shared daughter Scout (Palmer and Parker Poe) and Kim Nero (Tamara Braun) and their shared son, Oscar (Garren Lake Stitt).

So will Shiloh try to sell Drew on a safer method of memory retrieval, albeit with possible ulterior motives, or is he afraid Drew might remember something Shiloh would rather he didn’t? Stay tuned to General Hospital and keep checking GH spoilers to find out what happens next!