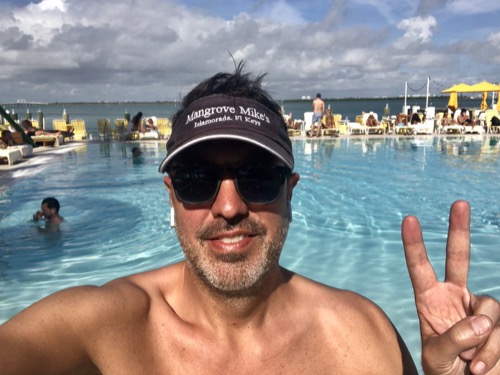 Ron Carlivati has so far been successful in taking the reins as the head writer of “Days of Our Lives” since he joined in 2017. Those who have been loving the storylines from Carlivati’s tenure would be pleased to learn that he is sticking around Salem. Soap Opera Digest reports Carlivati has signed a new deal with the NBC soap.

“Days of Our Lives” ratings also so most gains in 2018 and even managed to close the year at No. 3 among the four daytime soaps after remaining at No. 4 for quite a while.

Carlivati told Soap Opera Digest that he is “both thrilled and grateful” to remain on Days. He also shared that the soap’s Executive Producer Ken Corday, Co-Executive Producer Greg Meng, cast and crew all welcomed him to the Days family with open arms.

“It is truly an honor and a privilege to write for these wonderful characters on this legendary show,” he added.

“Days of Our Lives” was also recently renewed for its 55th season, and Uncle Ron has been credited with this milestone.

Days Of Our Lives Spoilers: Ben Rescues Ciara From Burning Cabin – But Jordan Sneaks Into Her Hospital Room

Carlivati’s first storylines aired in July 2017. At that time, he started by focusing on the Days’ vets.

“What I love about soaps is classic soap opera storytelling. I’ve watched soaps for a long time, so I think you have to respond to the history of the show, and the audience wants to see that. And because I’m a fan, I’d like to think that I think like a fan and [write] what the fans will want to see,” Carlivati said back then.