Young And The Restless Spoilers: Valentine’s Day Shocker – Rey Tells Sharon He Loves Her, Will He Dump Mia? 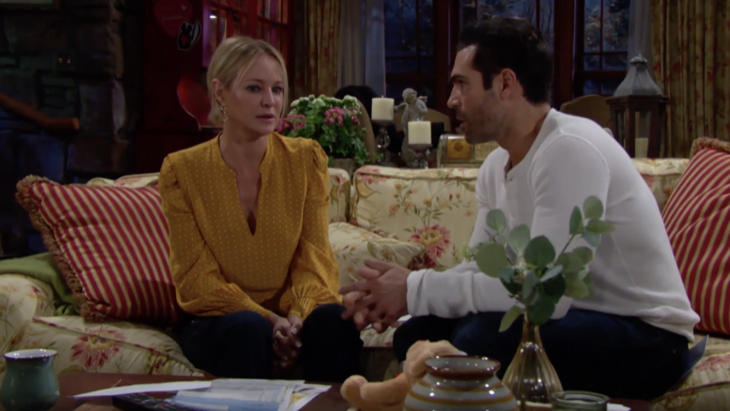 “Young and the Restless” (Y&R) spoilers for the week of Valentine’s Day tease a major shocker is on the way. After months of trying to hide their true feelings for each other, Rey Rosales (Jordi Vilasuso) and Sharon Newman (Sharon Case) will admit their true feeling for each other. It will put Sharon in a tailspin, as she has convinced herself that Rey isn’t for her. What will happen next could rock Mia. Will she flip out and lash out at Sharon? Here’s what we know about the upcoming Y&R storyline.

Sharon cares for Rey, she might even love him, too. However, knowing that he is married and trying to make things work with Mia (Noemi Gonzalez) she decided to step back and let him. She thought that if she wasn’t in the picture, Rey and Mia could make things work.

The opposite happened. Rey and Sharon’s feelings got more intense. The more they tried to avoid each other, the stronger their feelings grew. Then, Mia and Rey decided to renew their vows. At that point, Sharon assumed they were happy and her shot with Rey was over and done.

Young and The Restless Spoilers Rey Admits He Loves Sharon

The Young and the Restless spoilers state that Rey will tell Sharon how he feels about her. He will blurt out that he loves her and he wishes things were different. When Sharon presses on what he means he wishes things were different, he says he wished he wasn’t with Mia and they could be together. Sharon never tells him she loves him, but her feelings are all over her face. Sharon loves Rey, too.

Do you think Mia will find out about Rey telling Sharon he loves her? Will Rey leave her? Don’t forget to come back later for more The Young and the Restless (Y&R) spoilers, news, and casting updates!

The Young And The Restless (Y&R) Spoilers: Amanda Embraces Change –…