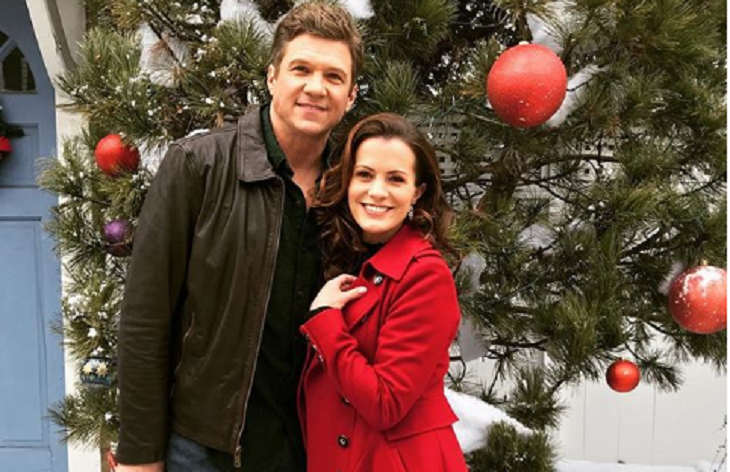 Christmas came early. The Young and the Restless alum Melissa Claire Egan is starring in a new Hallmark movie called “Holiday for Heroes.” She will play the lead female role across Marc Blucas and Patti Murin.

Egan Shines In A New Role

According to the synopsis, “Holiday for Heroes” tells the story of a woman (Egan) who exchanged letters with a soldier (Blucas) for one year “before their worlds collide.” The new holiday film will air in November.

In her social media posts, Egan shared how excited she is. She also has something nice to say about her co-star. “It’s Christmas in February!!!! SO excited to be shooting “Holiday For Heroes,” a Hallmark Christmas movie!” she wrote in a caption of a photo. “And this guy’s pretty rad too,” she said of Blucas who’s with her in the photo.

Someone came to visit me for “Christmas!” @katrosar

Will Melissa Ever Return To Y&R?

Melissa Claire Egan played Chelsea Lawson on The Young and the Restless from 2011 to 2018. Chelsea left Genoa City last year after she returned to her old ways and dirty schemes. She’s still holding Adam’s secret that he’s the real father of Christian, so that’s something that could lead to her return one day.

Hallmark Movie Is First Of Three

“Holiday for Heroes” is one of the first three Christmas movies Hallmark ordered for 2019. The other one is “The Christmas Song,” starring Kristin Chenoweth and Scott Wolf, and directed by Eric Close. The movie is about a young choir director who is writing a song for a show on Christmas Eve. However, when a boy with a golden voice joined her choir, she becomes distracted.

Another film that Hallmark is preparing will be produced by Blake Shelton and will feature another emotional homecoming journey during the holidays.

Young And The Restless Spoilers: Valentine’s Day Shocker – Rey Tells Sharon He Loves Her, Will He Dump Mia?

As this year is Hallmark’s “Countdown to Christmas” campaigns 10th anniversary, 2019 promises to be a big year for the company’s films.