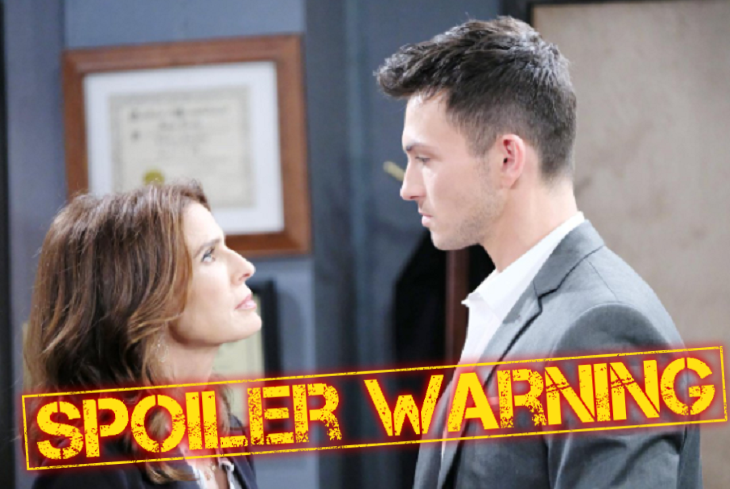 Days of Our Lives (DOOL) spoilers for Wednesday, February 13 indicate that Ben Weston (Robert Scott Wilson) is taking matters into his own hands. What he ends up doing next will shock everyone in Salem, along with viewers. Here’s what you need to know about the upcoming DAYS episode.

Ben Has Something To Prove

Ben knows that the walls are closing in on him, as he is desperately trying to not only bring Ciara Brady (Victoria Konefal) hope, but prove to everyone that he is innocent.

Even though he did kidnap Ciara and he held her in a cabin last year, he has nothing to do with the current crisis right now. He also wants to rescue Ciara, who he loves with his entire heart, and prove to everyone else that he’s not a crazed mad man.

Of course, none of that will work, especially with the next step he ends up taking. Realizing that his sister Jordan Ridgeway (Chrishell Hartley) has set him up in hopes that she can bring him back to Bayview with her, he takes drastic action. Days of Our Lives spoilers tease that he ends up pulling a gun on Hope.

John’s Past Catches Up To Him

Elsewhere, Rafe Hernandez (Galen Gering) is dealing with trouble of his own. He finds out that Kate Roberts (Lauren Koslow) had an interesting run-in with Jordan.

John Black (Drake Hogestyn) suspects that he might have another long lost son out there, especially since he has now learned that Leo’s mother is his former girlfriend. Will he manage to put two and two together? John ends up confronting Diana Cooper (Judith Chapman) about his suspicions.

Leo Stark (Greg Rikaart) is still up to no good. He insists that Sonny should sleep with him again, as he believes it should be a part of his marital duties. Needless to say, it’s the last thing that Sonny Kiriakis (Freddie Smith) wants to do right now, but then again, he might have to do things against his will in order to protect Will.

In the meantime, let us know your thoughts below. Also, don’t forget to check back with Hollywood Hiccups for all the latest news, updates and spoilers on Days of Our Lives and all of your favorite daytime television shows right here!