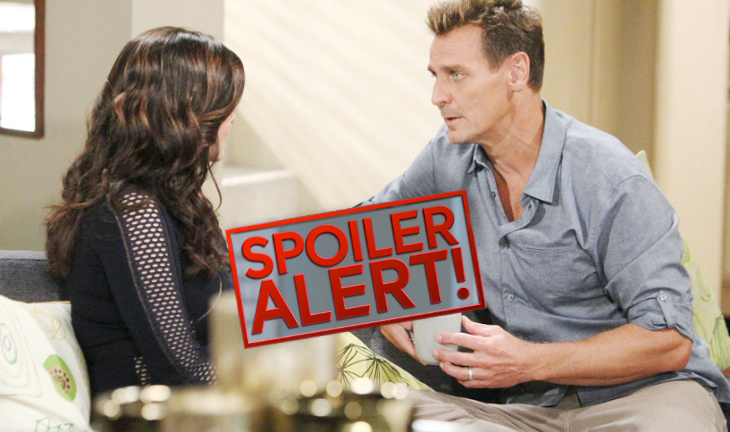 The Bold and the Beautiful (B&B) spoilers for Wednesday, February 13, tease that Zoe Buckingham (Kiara Barnes) will finally get somewhere with Florence “Flo” Fulton (Katrina Bowden). Zoe will return to Reese Buckingham’s (Wayne Brady) apartment once more to confront Flo, but this time she’ll be determined to get some real answers.

Zoe knows that there has to be a good reason why Reese wanted to keep his involvement in the adoption a secret from Steffy Forrester (Jacqueline MacInnes Wood) and everyone else. And Zoe isn’t satisfied that she’s gotten the full story from Flo, so this time she’ll pull out the big guns.

She’ll threaten to call the police and to call Steffy and let them do the questioning unless Flo coughs up the real story about Reese’s involvement in Steffy’s adoption.

That will stop Flo in her tracks. The last thing she wants is for Steffy to find out that Reese was involved in her adoption of Phoebe Forrester (Isabella de Armes and Redford Prindiville), so she’ll decide that she’d better reveal the truth to Zoe in hopes that Zoe will also keep the secret. It looks like Flo will agree to tell Zoe everything providing that Zoe doesn’t call the police or Steffy.

Meanwhile, on the new B&B episode on Wednesday, February 13, Thorne Forrester (Ingo Rademacher) will have something serious on his mind. He’ll watch as Katie Forrester (Heather Tom) excitedly prepares for Valentine’s Day. It will be Katie and Thorne’s first Valentine’s Day together as a married couple, and she’ll want it to be memorable.

But Thorne will stop Katie dead in her tracks. He won’t think that it would be fair to let Katie go on thinking that everything is ok in their marriage when he’s unhappy. It seems that Thorne no longer thinks that his marriage to Katie is viable, and he’s realized that things just aren’t working for him.

It wasn’t long ago that Thorne was thinking about the special relationship he had with his late wife Darla Forrester (Shae Harrison), and he may be feeling that his relationship with Katie just doesn’t have that special spark that he’s looking for in a marriage.

Thorne may also still be having those “fourth wheel” feelings from when he watched Bill Spencer (Don Diamont), Katie, and Will Spencer (Finnegan George) interacting as a family. When Thorne and Katie got married, Bill wasn’t really in the picture, but now he’s back as a strong force in Will’s life. Thorne may feel that he just doesn’t have a place in Katie and Will’s life anymore.

Whatever the case, Thorne will drop a huge bomb on Katie. It looks like he’ll tell her that their marriage is over, at least in his eyes. Katie will be stunned and totally caught off-guard by the news, and she’ll probably insist that they can work things out. But it looks like Thorne will be adamant that the marriage is over. It will be a heartbreaking day for Katie.