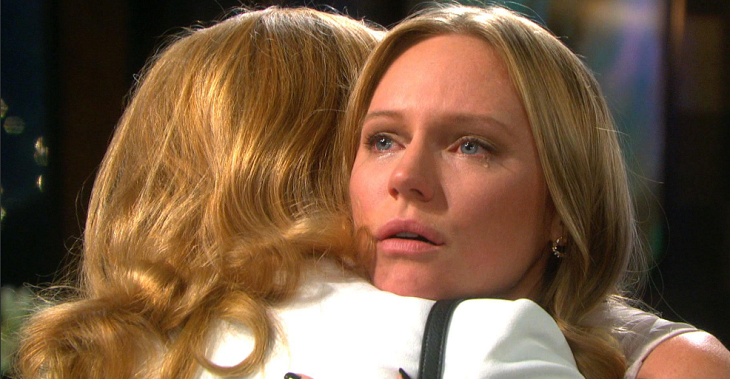 Former Days of Our Lives star Marci Miller has been keeping herself busy after leaving the daytime soap last year. She’s going to be part of a couple of new exciting projects including a thriller/horror film titled F.E.A.R. The movie is written and directed by Jason Tobias along with Geoff Reisner.

Marci Will Star In F.E.A.R

The film’s plot is about a family that will go head to head with a vengeful band of marauders in a sleepy mountain town that’s been infected with a terrifying pathogen. Miller will play the character Josephine and will be working with other cast members like Tobias, Susan Moore Harmon, and Danny Ruiz, to name a few.

Miller last appeared on Days of Our Lives on Nov. 19. On the day of her last screen appearance, she shared a photo of herself two years ago when she was doing her nails before she went to audition for the role of Abigail Deveraux in the soap.

Marci captioned, “Who would’ve thought? This morning, I sit in the same exact spot knowing that today, my last episode will air as this beloved character. I reflect and am grateful. I am better for having been a part of it all. Knowing I’ve laid her in a pair of loving and capable hands does me good. Thanks for the sweet, sweet, ride, Abby. My heart is full today.”

Hey @billymflynn and @MarciMiller I never ask for RTs but today if you could please RT this tweet. Every RT gets 5 cents donated for mental health initiatives in Canada. And my fellow #Chabby fans. #Days #BellLetsTalk pic.twitter.com/u1PHZixH49

She also posted a brief video of other cast members including Melissa Reeves (Jennifer) and Camila Banus (Gabi) giving her an emotional sendoff after she filmed her last scene on the soap. Miller joined Days of Our Lives in 2016 and after two years, she opted not to renew her contract.

But that does not mean the character is also saying goodbye for good. Viewers still see Abigail but this time, as portrayed by Kate Mansi.

Kate Mansi portrayed the character between 2011 and 2016. Marci Miller assumed the role between 2016 and 2018. Abigail Deveraux made its debut on the show in 1992 and several other actresses had taken up the role including Meghan Nelson, Paige Kettner, and Megan Corletto.