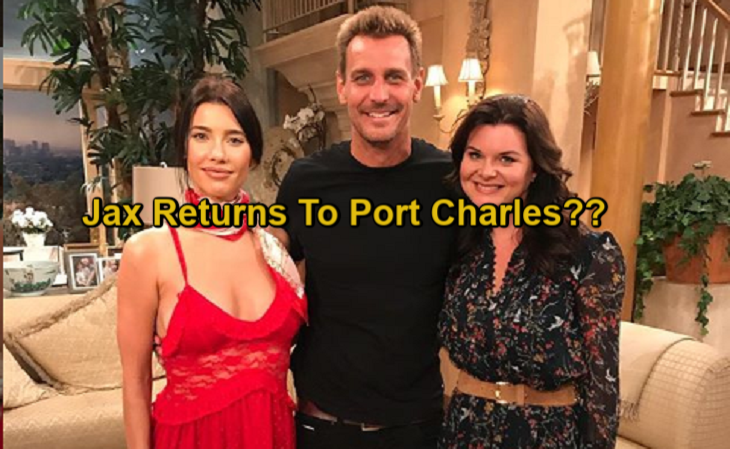 General Hospital (GH) spoilers tease that Jasper Jackson (Ingo Rademacher), AKA Jax, may be making a comeback to Port Charles. Ingo Rademacher announced his departure as Thorne Forrester on Bold and the Beautiful several months ago. Ingo has not mentioned a return to GH yet, but that doesn’t stop the viewers from hoping that the fan-favorite might return.

After one year playing Thorne, Rademacher announced that he would not be signing a new contract. He assured B&B fans that he parted on good terms so he could return for a short stint in the future. He teased that Thorne’s relationship with Katie Logan (Heather Tom) would end, something that really upset the soap opera fans.

After he announced that he was leaving the soap opera, the GH fans couldn’t help but hope that meant Jax was making a return, even if it was brief, to Port Charles.

Ingo said when he returned to GH for a short stint in 2017, he posted the news on social media. Immediately the fans were excited, and they couldn’t wait to see him on the show. During that brief appearance, he admitted to buying Nelle’s (Chloe Lanier) black market kidney and hit the sheets with his ex-wife, Carly (Laura West). That’s when Sonny (Maurice Benard) put his foot down and forced him out of the country.

General Hospital Spoilers: The Search Is On For Dante—Will He Return To Port Charles?

Would you like to see Jax return to Port Charles? Don’t forget to come back later to Hollywood Hiccups for more General Hospital (GH) spoilers, news, and casting updates!