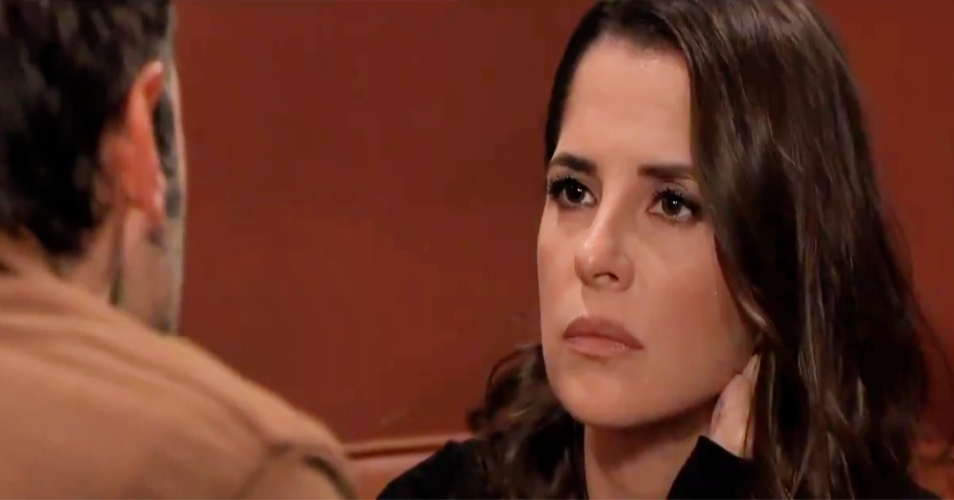 General Hospital (GH) Spoilers for Thursday, February 14, 2019, reveal the citizens of Port Charles have questions and propositions as loved ones unite and enjoy moments together. Dangerous news startles one while another continues to weave a trap. GH fans will not want to miss out on Thursday’s episode of the ABC soap opera!

GH sources tease that Detective Valerie Spencer (Brytni Sarpy) meets up with Kristina Davis Corinthos (Lexi Ainsworth), revealing she would love for them to reestablish their friendship. Would Krissy be open to reconnecting with the PCPD officer?

Dr. Arthur Cabot may be blind, but there was no mistaking that he knew Anna Devane’s (Finola Hughes) voice while she questioned him. Dr. Hamilton Finn (Michael Easton) and Robert Scorpio (Tristan Rogers) had managed to speak to him, but the second Anna opened her mouth, Dr. Cabot says, “You are the other one!” Will he reveal what he has done to Anna and her twin sister, Alex?

GH nurse Elizabeth Webber (Rebecca Herbst) holds her own, as she remains unwavering in her belief that Franco Baldwin (Roger Howarth) is not the serial killer stalking Port Charles. She goes to see Franco in jail and propositions him. Liz wants to marry him immediately – right there and right now! Will Franco go along with her idea and will there be a jailhouse wedding in Port Charles?

General Hospital spoilers reveal Sonny (Maurice Benard) leaning in to kiss his wife, Carly Corinthos (Laura Wright), surprising her when he says that she knows how much he loves surprises. What is up Carly’s sleeve?

Shiloh (Coby Ryan McLaughlin) sits with Sam McCall (Kelly Monaco) pushing her to stop running and to find peace within herself. Could his words finally be resonating with her? Meanwhile, Jason Morgan (Steve Burton) welcomes Damian Spinelli (Bradford Anderson) to his place, where Spinelli delivers some disturbing information. He shares with Jason that Shiloh is “murderously” dangerous! Will Jason be able to save Sam and Kristina from the Dawn of Day leader before tragedy strikes?

Be sure to tune into ABC’s General Hospital (GH) on Thursday, February 14, 2019, to catch up on all the exciting stories unfolding right now in Port Charles. Check Hollywood Hiccups often for updates, news, rumors and spoilers!