The Bold and the Beautiful Star Ashley Jones Talks About Her New Film, Hopes to Return to B&B 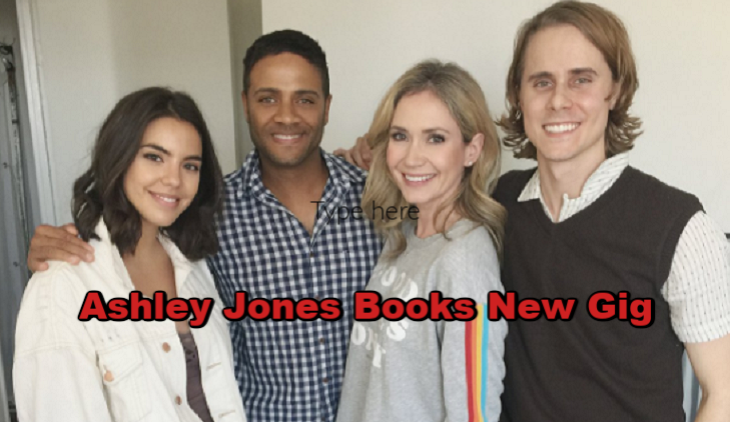 The Bold and the Beautiful star Ashley Jones (Bridget Forrester) has a new project, We Die Alone. It’s a short thriller film written and directed by Marc Cartwright and produced by Glass Cabin Films.

We Die Alone tells the story of a young man named Aidan (played by Baker Chase Powell) who is “crippled by loneliness and insecurity, who wants nothing more than to experience love but compulsively ghosts any connections he makes through dating sites.” Daytime soap star Jones plays as Aidan’s generous coworker named Elaine, who has been encouraging him to get himself out there, while she is hoping that he would notice her feelings for him.

In an interview with Soap Central, Jones shared that she finds some of her in the character she’s playing in the film, so it did not become much of a challenge to portray. “She’s a good girl who is trying to find her way in life, and she still believes in love, even though it really hasn’t happened to her yet. It’s later in her life, but she still has a lot of hope. And there’s a lot of that inside of me. I see the good in people, I have a lot of hope, I’m pretty positive and always think the best will happen,” Jones said.

We Die Alone will be released this year, but the exact date is yet to be announced.

Just one more week until we celebrate the holidays at the Forrester house on #BoldandBeautiful! Will you be celebrating with us? pic.twitter.com/gIxNIPI3Td

Will She Return To B&B?

Meanwhile, Jones also shared that she hopes to return to The Bold and the Beautiful as Bridget. “Bridget has so many family ties and such a history there, so I can’t wait until they feel the need to bring Bridget back on,” especially with a lot of things going on with her sister, Hope.

“There’s always so much tragedy because it’s a soap and there needs to be, and I hope they find a place for Bridget to come in and take part,” she added.

Ashley Jones also played Parker Forsyth on General Hospital and Megan Dennison on The Young and the Restless. She’s hoping to play a bad girl someday, like Phyllis’ character on Y&R, and maybe book a role with Days of Our Lives.