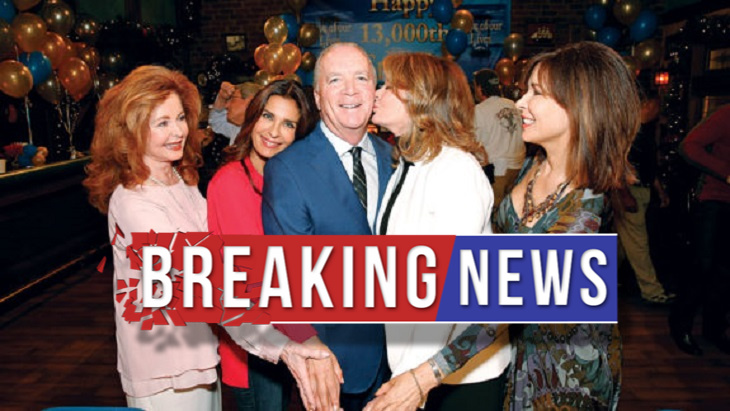 In a headline that sounds right out of a daytime soap opera, Corday Productions – who owns Days of our Lives – has sued Sony Television for $20 million dollars! Could this spell behind the scenes trouble for the fine folks of Salem?

According to court documents (a full 33 pages to be exact!). Corday is accusing Sony of basically denying Days financial support while focusing solely on their other show The Young and the Restless. The lawsuit says that Days previous seasons have been “completely unexploited for over five years.”

In layman’s terms Days has been ignored while Y&R has been given the lion’s share of attention for production and overseas sales. Almost sounds to me like stealing from Peter to pay Paul situation.

One of the biggest differences between Days and The Young and Restless is that Sony also makes a good deal of money off of distributing its airtimes to other countries. The CBS soap oepra is watched in multiple countries including Canada, Italy, the UK, France, the Caribbean and many more.

Corday’s lawsuit specifically mentions the failure to license Days to other countries, even though its ratings have remained steady for many years.

Interestingly enough, many actors from The Young and Restless have come and gone from Days over the years. Currently, we have Judith Chapman, Greg Rikkart, Linsey Godfrey, and Crishell Stause who have been on both shows. Not currently working, but also shared between Salem and Genoa City – Stephen Nichols, Eileen Davidson, and Stacy Haiduk.

Days was just renewed for its 55th season which was praised by fans and actors alike. Now this lawsuit may throw a wrench in the celebration. Corday is asking for control of the show, the 20 million dollars, and a complete break off of the contract with Sony.

Will The Lawsuit Affect DAYS?

It will be interesting to see where this goes considering we only have four daytime dramas left on US broadcast television. This could be a major win for Days of our Lives or an ugly battle that diminishes its light. Days has also seen an increase in ratings under Ron Carlivati’s writing leadership.

I personally would love to see Days air the soapy series in other countries. The influx of cash could help with production value, marketing, actors pay, and sets.

As most fans know the quality of the sets have diminished greatly (Kayla’s office, Marlena’s office, Ben Weston’s hotel room), virtually no promos run in primetime, and big events like weddings or New Year’s Eve leave much to be desired.