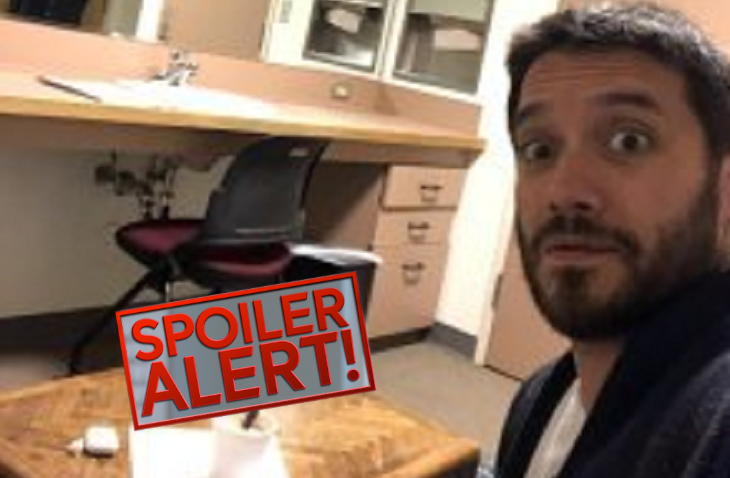 General Hospital (GH) spoilers tease that Dominic Zamprogna has confirmed he’s back at GH, currently filming a short arc, reprising his GH character of Dante Falconeri, and this possibly could be Dante’s exit storyline.

The actor does not give a lot of details, but has said that it will be a short arc, as opposed to a one day appearance as on the Sonny-centric episode a few months ago where Sonny Corinthos (Maurice Benard) reflected back on his life and wondered how it would have gone had he not worked for Joe Scully Sr. (Robert Miano). This, however, will not be a long term return and he has not indicated he’s signed any contract with GH, not even as a recurring character.

Why Is Dante Returning?

Various General Hospital spoilers have teased that Dante may either return to Port Charles after completing his deep cover WSB mission only to have Lulu Falconeri (Emme Rylan) divorce him, after which he will leave town for good, or Dante will be killed off, either by Raj Patel (Noshir Dalal), or Sonny takes matters into his own hands and rescues Dante from captivity.

It’s also possible that what Dominic is filming fills in a backstory and Dante is already dead, and the WSB doesn’t know it or isn’t telling Anna Devane (Finola Hughes) or even Robert Scorpio (Tristan Rogers) who drafted Dante for the job, to begin with.

Co-star Emme Rylan has been quoted in the past as saying if Dante was staying on the canvas, she’d rather not have him recast but leave the door for Dom to return; for his part, he’s been willing to reprise Dante for short-term arcs.

Whether what he’s filming now turns out to be a short visit to Lulu and his family, and then back to the mission, or if Dante is killed off or leaves the canvas indefinitely is yet unknown; stay tuned to GH and keep checking General Hospital spoilers frequently to see what happens with Dante in the next few weeks!