The Young and the Restless Spoilers For Friday, February 15: A Dangerous Alliance Is Exposed, Cane Does Damage Control 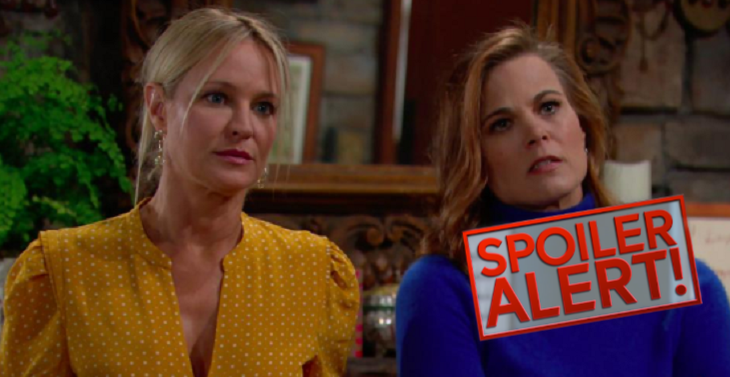 The Young and the Restless (Y&R) spoilers for Friday, February 15, tease that a dangerous alliance will be exposed. Cane Ashby (Daniel Goddard) will do damage control with Lily (Christel Khalil). Abby (Melissa Ordway) and Arturo (Jason Canela) will begin to plan their wedding. It looks like a great episode ahead on Y&R.

A Dangerous Alliance Is Exposed

While this spoiler could be about anyone, it’s clear this is about Phyllis Abbott (Gina Tognoni). She is playing with fire in her vendetta against Victor Newman (Eric Braeden). Nick Newman (Joshua Morrow) is starting to wonder if she could be the one harassing his mother, Nikki Newman (Melody Thomas Scott). He has no solid proof, but he knows she will do anything to get revenge on his dad, even if that means Nikki must take one for the team.

The person she is working with is a complete secret. It will be shocking to find the identity of her mysterious alliance member. We know it isn’t Sharon Newman (Sharon Case) or Billy Abbott (Jason Thompson). Everyone else is fair game.

After locking lips with Victoria Newman (Amelia Heinle), Cane has to do damage control. His wife knows about his passionate kiss, thanks to Billy. Now, he’s in the dog house, so to speak, and he must fix his marriage.

His marriage is hard enough while Lily servicing a jail sentence for her role in Hilary Hamilton’s (Mishaal Morgan) death. Now, his smooch-fest with Victoria, someone he is supposed to hate, will definitely not sit well with Lily. The questions is, can she move on and agree to forgive him?

Other Young and the Restless spoilers suggest that Abby and Arturo will plan their lavish wedding, which probably will take place during May sweeps. That is if Mia (Noemi Gonzalez) doesn’t put a halt to it.