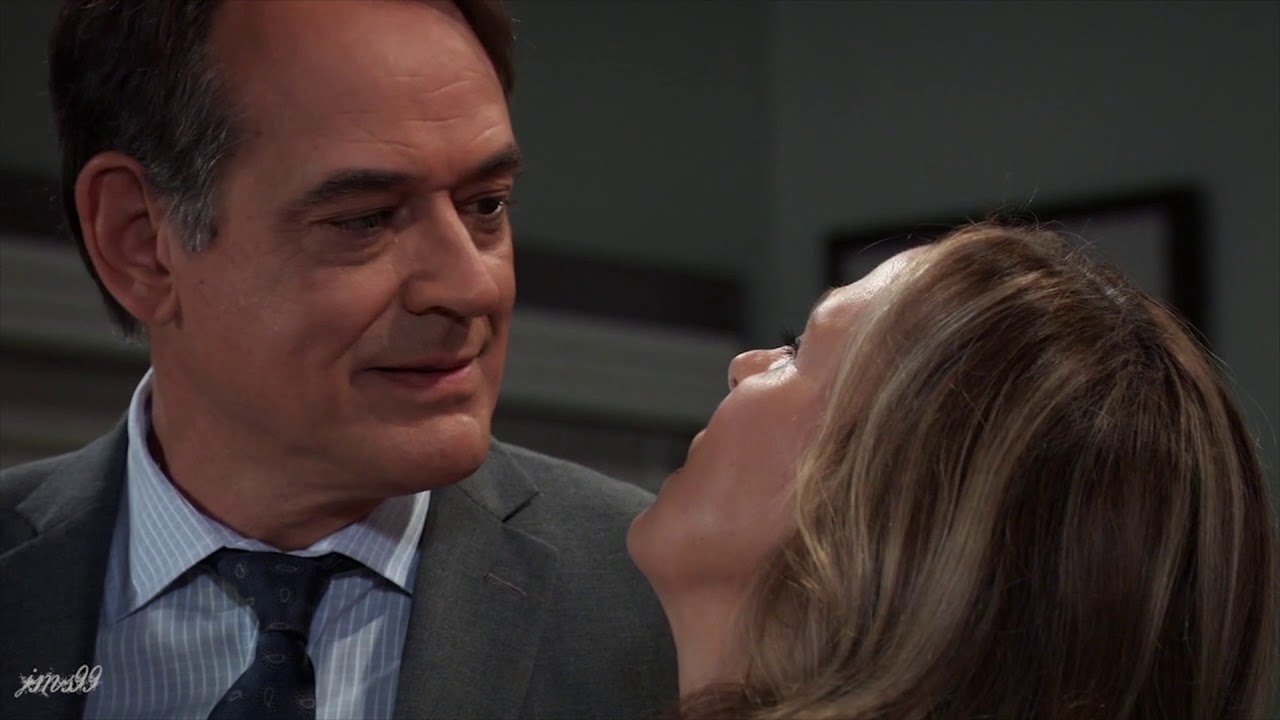 TGIF! As we come down from the high of Valentine’s Day in Port Charles, welcome to your Friday, February 15 General Hospital recap! We begin our day with OMG Sonny and Carly are tied up in their living room and Ryan (Jon Lindstrom) is torturing them.

Ava (Maura West) walks in and says what the hell are you doing? Ryan opens a suitcase full of knives and tells Ava she can pick one! Next thing we know Ava walks into “Kevin’s” office – he was daydreaming. Ava says he looks blissful and he says he’s making all her dreams come true.

Jordan (Briana Nicole Henry) and Curtis ( Donnel Turner) exchange a Valentines necklace at the Metro Court. She wants to come up with a plan to figure out if Franco is actually guilty.

At the jail, Friz aka Liz and Franco are kissing, they are officially married. Drew, Liz, and Franco are talking about Lulu and Liz says she’s going to tell everyone they are married. Jordan walks into the jail cell to talk to Franco and has a “wedding gift” for him. Jordan says she knows Franco did not commit the murders.

At the hospital, Lulu (Emme Rylan) wants to leave and Laura is helping her. Lulu says that Franco is going to get what he deserves and she doesn’t need security. Spencer walks in and says “Never fear, Spencer’s here!”

Jordan's throwing her rulebook out the window. But will it be enough to exonerate Franco? An exciting, new #GH STARTS NOW on ABC! #GH55 pic.twitter.com/uYr32lGaKI

Lulu jokes that Spencer is always on vacation LOL – kind of true. Spencer is chatting with Curtis at the hospital and asking him about the election investigation.

Maxie is still freaking out about Valentin and is acting WAY over the top. Nina and Valentin are discussing when they should get married. Maxie is still watching them and she thinks she’s figured out that Sasha is not Nina’s real daughter. Maxie thinks they should do a DNA test.

Carly And Sonny Talk About The Baby

Back to Sonny’s house and Carly is telling him she’s pregnant. Carly says she took a home pregnancy test and Sonny says, “I don’t want to hurt your feelings but it must be a mistake.” OUCH.

Carly says she took two pregnancy tests and admits she thought she was possibly too old. Sonny says, “What are you going to do?”

He doesn’t look too pleased. She says that she’s about six weeks along and he’s wondering how healthy it would be to have it. Carly says, “You don’t want this baby?” Sonny says, “I don’t want you to have a stroke and die!”

I guess that was a health issue I forgot about. Sonny is worried about Carly’s health and that Avery needs a sane mother. Carly is furiously yelling and she’s not sure she can handle bringing another baby into their “world”.

Carly has some questions about Sam's plan for Shiloh, West Coast. Can Jason answer them all to her satisfaction? #GH55
An all-new #GH starts RIGHT NOW on ABC! @lldubs @1SteveBurton pic.twitter.com/713npGTVAn

She admits that their lives are dangerous but that life is not fair. Carly starts crying when Sonny brings up Morgan. . Carly says “I want this baby!”

Dr. Obrecht (Kathleen Gati) is (randomly!) singing on the stage at the Floating Rib and she’s actually quite good! Griffin is sitting at the bar when Sasha (Sofia Mattson) walks in.

Obrecht walks over to talk to them and say hello. She warns Griffin he may get burned by Sasha’s fire. Obrecht is prying and making Sasha uncomfortable.

Back in “Kevin’s” office he is swooning all over Ava and says he will give her whatever she wants. Ava says the thing she wants most is to make things right with Kiki, but she can’t have that.

Suddenly they begin to have sex in his office- I guess talking about dead children will do that too you….Ava in the afterglow of office sex slides up her stockings after the deed and then Laura comes busting in.

Ava deserves to know who the PCPD has taken into custody. Does telling her fit into Ryan's plan? @MauraWest @thejonlindstrom
A tense, new #GH starts RIGHT NOW on ABC! #GH55 pic.twitter.com/QiQHPCNRi7

“Kevin” kisses Ava passionately in front of Laura. Kevin says they need to address the prenup. “Kevin” is so smug he turns around Ava’s photo so its facing Laura LOL.

Laura calls Alexis and you can tell she realizes something fishy is going on (we know Kevin and Laura didn’t have a prenup!). Laura sees “Kevin” leaving his office and starts secretly following him!

• At first, I didn’t think we need another Carson baby, but I think there is plenty of story material with Carly being pregnant.
• This may be the first time I can recall a character admitted they may be too old to be pregnant!
• Maxie is way over the top these days. Is she ever with her babies?
• Jon Lindstrom is a treasure! This Ryan/ Kevin story is fantastic
• So great to see Laura (Genie Francis) be such a huge part of the show again

Stay tuned to GH and keep checking General Hospital spoilers frequently to see what the future holds for Valentin and Nina!