The Bold and the Beautiful Spoilers: Wyatt Sets Up Katie And Bill — Works With Will To Reunite The Couple 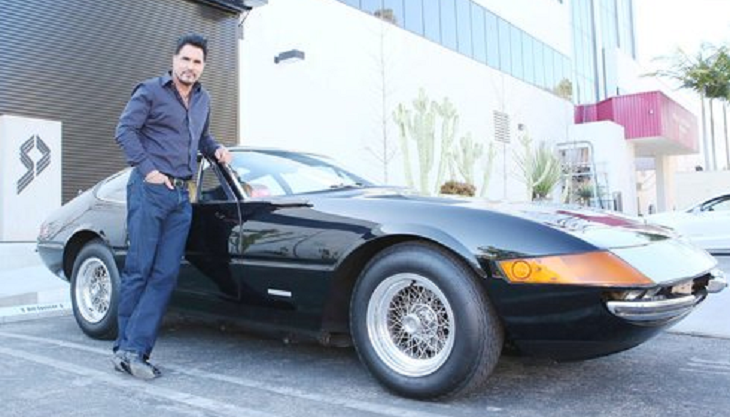 The Bold and the Beautiful (B&B) spoilers for Friday, February 15 reveal that Wyatt Spencer (Darin Brooks) will probably have a role to play in Bill Spencer (Don Diamont) and Katie Logan’s (Heather Tom) future. As a matter of fact, it will be Wyatt who will play cupid as he fills Bill in on all of Katie and Thorne’s marital problems. Here’s what you need to know about what’s coming up on B&B.

Katie was left absolutely blindsided after Thorne told her that he wanted an annulment. After all, Thorne is a man who has plenty of pride and the last thing he wants to be is a third wheel in his own marriage, especially with Bill now front and center in Katie’s life now.

Thorne has a lot of love for Katie, but he realizes that he can’t compete with Will’s biological father. He’s already made a lot of sacrifices for Katie and Will and feels as though he’s being left out in the cold, even if it’s unintentionally done.

Realizing he must take matters into his own hands, Bill pays an unexpected visit to Katie. WATCH FULL EPISODE: https://t.co/zlSzL3TWd6 #BoldandBeautiful pic.twitter.com/wD4kdKpJLD

Katie needs a shoulder to cry on, so naturally, she goes to Wyatt. She tells him that she’s worried about her future and her marriage to Thorne. Wyatt takes this information and tells Bill that there’s trouble in paradise for Katie and Thorne.

Instead of backing off or trying to be supportive, The Bold and the Beautiful spoilers tease that Bill will seize this opportunity to make a move on Katie. He realizes that he misses having a family life and with Thorne out of the picture, he might just have a chance at that life again.

Of course, there’s always the possibility that Katie and Bill might keep things platonic, but that’s a word that is not in Dollar Bill Spencer’s vocabulary. When he wants something, he will do everything in his power to get it.

The Bold and the Beautiful Spoilers: Friday, February 15 – Katie Gets Support From Wyatt – Bill Dreams Of Getting Katie & Will Back