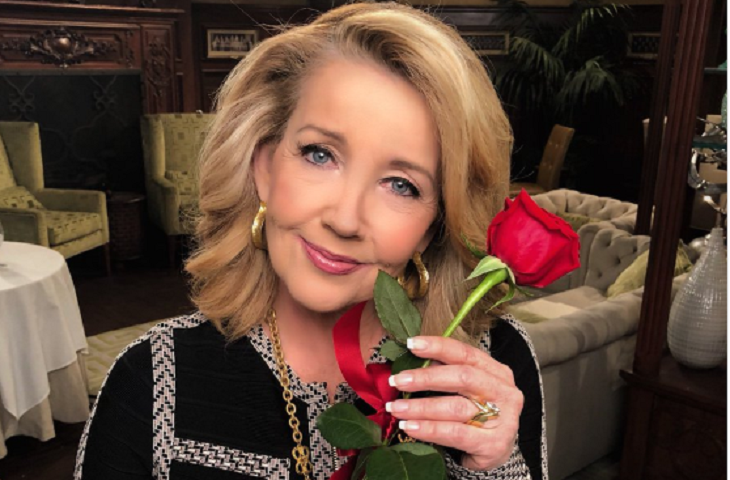 The Young And The Restless (Y&R) will air a special episode on February 20, honoring Melody Thomas Scott’s portrayal of Nikki Newman during the past 40 years.

Spoilers indicate that Nikki will be sitting in jail (after having confessed to the murder of J.T.) thinking back on her romantic history with Victor and other moments from her life. And rumor has it, fans will be treated to many flashbacks.

The 62-year-old actress got her first acting gig when she was just eight years old, in the film Marnie. She was also a recurring character on The Waltons, just before she landed her Y&R gig as Nikki Reed in 1979.

The character of Nikki has gone through a metamorphosis over the years, starting off as a stripper from the poor side of town and emerging from her chrysalis as one of the wealthiest and most respected women in Genoa City.

She met the great Victor Newman (Eric Braeden) in 1982 when she was stripping at The Bayou, and the pair have had an on-again, off-again romance ever since. They’ve been married several times and whenever they are apart, they always manage to find their way back to each other. She has two children with Victor, Victoria (Amelia Heinle) and Nick (Joshua Morrow).

Nikki’s other most notable relationships include Victor’s nemesis Jack Abbott (Peter Bergman), who she married in 1990 and again in 2012, and Paul Williams (Doug Davidson).

Paul was her first boyfriend on Y&R and she almost married him in 2009, until she realized she was still in love with Victor. She broke off the engagement to Paul the night before their wedding.

Over the years though, Nikki remained good friends with both Jack and Paul.

Her best friend was Katherine Chancellor (Jeanne Cooper). Nikki and Katherine had an enduring friendship (Katherine was particularly supportive of her relationship with Victor over the years) until Katherine passed away in 2013.

The character has also had her share of fun with younger men over the past 40 years, including Deacon Sharpe (Sean Kanan) in 2010 and most recently Arturo Rosales (Jason Canela), who is currently engaged to Victor’s daughter Abby. But she always returns to her true love Victor.

The Young and the Restless Poll: Valentine’s Day Couples – Which Couple Has The Strongest Relationship?